This article is brought to you by : Iwaria 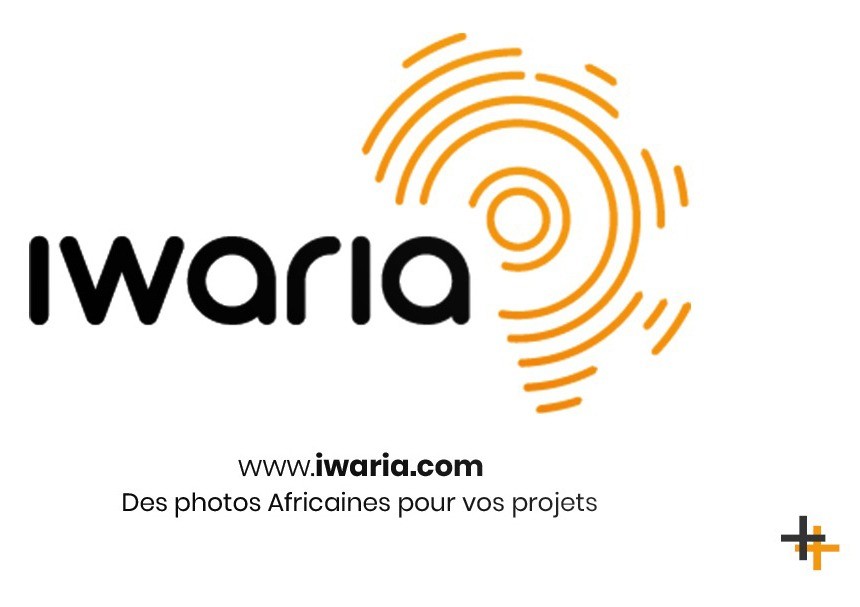 Following our first article on the pioneers of African photography, we could say that photography at a speed similar to that of innovation, is developing and adjusting. This is due to a few things: the freedom of expression that has developed, the financial dynamism of many African cities, new technological advances and the web that links the creative capitals of the continent.

African photography today integrates the defense of the vulnerable, the assistance to people in difficulty and the assurance of fundamental freedoms. A committed photography which, beyond the beautiful images, transmits thoughts associated with a will.

Like essayists, photographers strive to show their commitment and need to tell their own stories. To this end, Puleng Mongale focuses on social relations in his country, Osborne Macharia on the dwarfs of Kenya through images meticulously tailored to make them strong, happy and autonomous. In Ghana, Ofoe Amegavie draws on ancestral and territorial celebrations to promote the social diversity of the country’s socio-cultural groups. South Africa’s Justin Dingwall highlights the hair of people with albinism to change the negative view and unpretentiously showcase their aesthetics.

Freedom and sexual independence are also championed by photographers. In this regard, Pieter Hugo went to the rescue of the Gully Queens, a gay community shunned in Kingston, Jan Hoek and Duran Lantink used humor to communicate about the Sistaaz Girls, impoverished Cape Town transsexuals. The case of the five (5) openly gay men turned away by the Nigerian police outraged Robin Hammond.

Indeed, as Africans took on the future of African photography, orientations and motivations changed and took into account technological advances and the web, which contributed to the innovation and dissemination of photographic works and an incredible burst of inventive energy. Similarly, the socio-cultural factors of the continent are taken into account and highlighted.

Trends in the past

Born in 1930, Nigerian J.D. ‘Okhai Ojeikere turned his camera lens to the different types of hairstyles in Nigeria between 1968 and 1999. The young photographer of the time compared the work of a hairdresser to that of an artist, because each type of hairstyle in a country with a complex and coded culture conveys a message and deifies a reality.

Similarly, J. D. ‘Okhai Ojeikere has been concerned with protecting structures, different types of metropolitan environment, old structures in Lagos and endangered heritage elements. That is why, away from his studio, he takes pictures to build a photographic archive of the country.

Coming to photography in the 1950s at the age of 20, this companion photographer to the students he photographed became the most beloved photographer of his time. Before his death in 2014, he unveiled at the Rencontres de Bamako, his photos of the social, societal and political advances of his country. His many committed shots on the hairstyles of Nigerian ladies are currently a reference in the reproduction of the evolution of fashion in Nigeria.

A lire aussi :  After Abidjan and Dakar, the Cécile Fakhoury Gallery offers a third space in the Parisian golden triangle

Paul Kodjo: The photographer of artists

Nicknamed « le miracle Abidjanais », Paul Kodjo is a self-taught photographer and a self-proclaimed artist. Initiated to photography by Nigerians settled in Abidjan, Paul Kodjo will perfect his skills in France. He later set up his studio in Paris, where he photographed the singers of his time such as Barry White or Manu Dibango.

Thanks to his press card, this photojournalist of the independence era had free access to the administration and official events of President Félix Houphouët-Boigny.

Born in 1939 in Abidjan, Paul Kodjo participated in the immortalization of the events of the newly independent Ivory Coast. He is one of the few African photographers to have covered May 68.

The Fraternité Matin journalist also considers himself an artist and therefore presented his photographic works in Paris in the 1960s.

Upon his return in the 1970s, he had some of his photographic work published in « Ivoire Dimanche » before retiring to his farm in Sowodadzem, Ghana.

Solomon Alonge: The photographer of tradition

Solomon Osagie Alonge was the principal court photographer in the kingdom of Benin City, Nigeria. He took pictures of traditional ceremonies and guests of the royal court.

For example, he photographed Queen Elizabeth in 1956. This self-taught photographer used his camera as a tool to collect and record occasions that denoted the daily life of the royal residence.

He opened his studio « Optimal Studio » in 1942, to allow the basic subject of the kingdom to afford the pleasure of being photographed. To satisfy the tastes of his clients, Solomon Osagie Alonge had a wardrobe of customary and elegant clothing. He also rode his bicycle through the different urban areas to photograph the inhabitants during gatherings.

Born in 1911, of a noble family, this royal court photographer, described by his sense of listening and perception, knew the temporary scene animated by independence.

Before his death in 1994, he presented his work to the National Museum of African Art in Washington DC and was awarded the title of « Chief » like his grandfather.

The emergence of new trends

Photography has long been used to trace the glorious or obscure past of a country, a state or a kingdom. Some contemporary artists have seized upon this art to show that artistic creativity has no limits.

It is in this register that the Senegalese artist-photographer, Omar Victor Diop, uses photography as a device for projecting the future with his series « Eventual fate of Beauty » , Samuel Fosso uses provocation to put himself in the shoes of a black pope at the Biennale of Bamako and the Belgian-Beninese Fabrice Monteiro tackles the ecological problems with the series « The Prophecy » .

Various local and regional initiatives are multiplying in favor of African photography and aim not only to unite photographers around the highlighting of endogenous cultures, on historical facts, but also to promote African creators. It is in this perspective that, in addition to the Biennale of Bamako, different festivals have been created, for example the « Lagos Photo » to allow African photographers to make their work known on the continent. This new approach to the promotion of photography favors the emergence of a fundamental soul among individuals, which challenges the negative banalities maintained for some time on the continent.

Artistic residencies are also set up for photographers and video artists of African origin to work on artistic creations, but above all to stimulate an association of African photographic experts from different backgrounds. A hundred photo galleries have already been opened so far, from Nairobi to Abidjan, offering other perspectives on the continent.

Finally, the development of several African platforms for photography, smartphones and Instagram are leading to a significant transformation of African artistic practice. They induce the race for the number of views and subscribers on social networks, the concern to get a contract for advertising and marketing with companies. Nowadays, it is not necessary to have a state-of-the-art camera or a fully equipped studio to become one of the most famous photographic artists. Thus, a new generation of photographers has opted for the cell phone and relies on digital channels. Among them, Malick Kebe who stages the subtleties of the face, skin tone and water, sand or sky, the visual artist Aldi Diasse who was exhibited in Dakar as part of the off of the Biennale or the Ghanaian artist Prince Gyasi, followed by 84,500 followers on Instagram who was presented at the AKAA fair in Paris, the Seattle Art Fair or the Miami Art Week of 2018. Recall that the latter had to choose the cell phone for lack of means to obtain a professional camera, and finally took a liking to it to express his creativity.

In Niamey, Hector Sonon shares his artistic excursion and presents his way of life…

Benin discovers its art of yesterday and today: from the restitution to the revelation of royal treasures and its contemporary art at the Palais de la Marina

« Stirring the Pot », an exhibition of the contemporary Emeka Ogboh at the art and culture factory « Friche la Belle de Mai »

« Stirring the Pot », an exhibition of the contemporary Emeka Ogboh at the art and culture factory « Friche la Belle de Mai »

For El Anatsui, the Kunstmuseum Bern is decked out in metallic colors

For the love of Ouidah: Discover the exhibition « Gros Câlin » by artist Jeremy Demester at the Fondation Zinsou museum.

Benin discovers its art of yesterday and today: from the restitution to the revelation of royal treasures and its contemporary art at the Palais de la Marina

The artists of the exhibition « Cosmogonies. Zinsou, an African collection ».