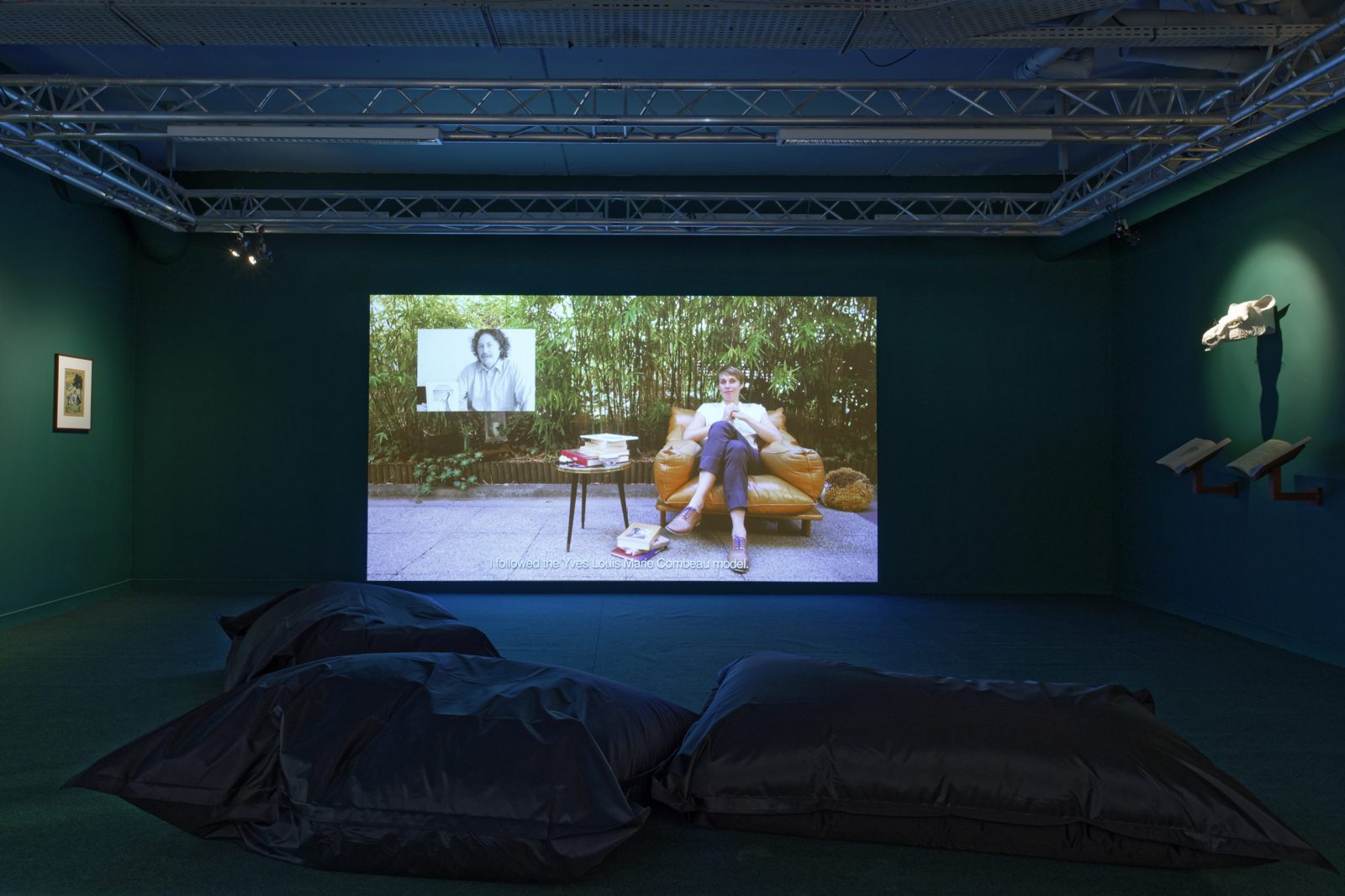 Introduced as part of the Women axis of the Africa2020 Season, « Elle a allumé le vif du passé » is a monographic exhibition of the Franco-Algerian artist Katia Kameli at the FRAC of Marseille until September 19, 2021.

Her artistic practice is based on an approach of examination where the historical and cultural truth takes over the types of her creative plastic and poetic spirit on an exhibition on two trays.

The artist Katia Kameli presents unprecedented for France, in the form of an installation a set of three films, the Algerian novel, thought as an immersion in the history of his country and in the memory of people through a set of images and documents.

The first part takes place on Larbi Ben M’Hidi Street in Algiers, where Farouk Azzoug and his child run a migrant stall selling photos and postcards. This diverse, seemingly arbitrary collection, which sketches out parts of pre-colonial, provincial, and post-frontier history, takes into account many belongings.

In the following section, the philosopher of the image Marie-José Mondzain offers us a rereading of Chapter 1 of the Algerian Novel, and then, at this point, notices and breaks down one more visual material, that of the impulses collected during the shooting of the main part.

In Chapter 3, she infiltrates the image: in accordance with her basic methodology, she strives to identify the signifier in her already bombastic attempts to access the iconography of a novel.

Some figures meet: the chronicler photographer Louiza Ammi, the writer Assia Djebar. These are the expressions of the latter which, in addition, give their title to the exhibition.

The exhibition continues at Plateau 2 with the installation « Stream of stories » planned explicitly for the space of the Frac. It is an investigation into the oriental starting points of Jean de La Fontaine‘s tales, which begins in India and continues in Iran and Morocco to end in France.

It incorporates recordings, copied from unique compositions that address various authentic realizations of the fables, from the Pañchatantra to the Fables of La Fontaine, as well as screenprints and digital montages.

The last two video parts of the installation « Stream of stories » continue the exploration attempted in the previous sections around the starting points and advancement of the Kalîla wa Dimna, one of the most popular texts in medieval Arabic writing and one of the most enriched in the Islamic world.

Among them is actress Clara Chabalier, who plays both a narrator and the physician Borzouyeh, the original interpreter, from Sanskrit to Pahlavi, of the Pañchatantra, a collection of stories and tales from which the Kalîla wa Dimna is said to have been created.

The exhibition « Elle a allumé le vif du passé » offers an African, and more explicitly North African and Algerian, point of view on the constitution of the incredible stories of the continent and their global journey, but also on the writing of Algerian history.

The work of artist Katia Kameli explicitly raises the question of the place of women in these narratives and this set of experiences, and is concerned with their status as creators, authors, witnesses or observers.

The exhibition « Elle a allumé le vif du passé » is essential to the satellite program of the Rencontres d’Arles as part of the Grand Arles Express and remains open until September 19, 2021 at the Frac de Marseille.

Who is Katia Kameli?

Katia Kameli left the National School of Fine Arts in Bourges and attended the post-graduate program « le Collège-Invisible » at the École supérieure d’arts de Marseille. His work has been seen and recognized on the global art and film scene and has been exhibited in independent shows at the Centre régional de la photographie Hauts-de-France, the Rennes Biennale, the Taymour Grahne Gallery, the Dakar Biennale, the Platforma Festival in Newcastle, the Centre Pompidou in Paris, and the Marrakech Biennale to name a few.

His works are in the collections of the Musée national d’art moderne Centre Georges Pompidou, the Centre National des Arts Plastiques (cnap), the FRAC Hauts-de-France, the FRAC Poitou-Charente and FRAC PACA.