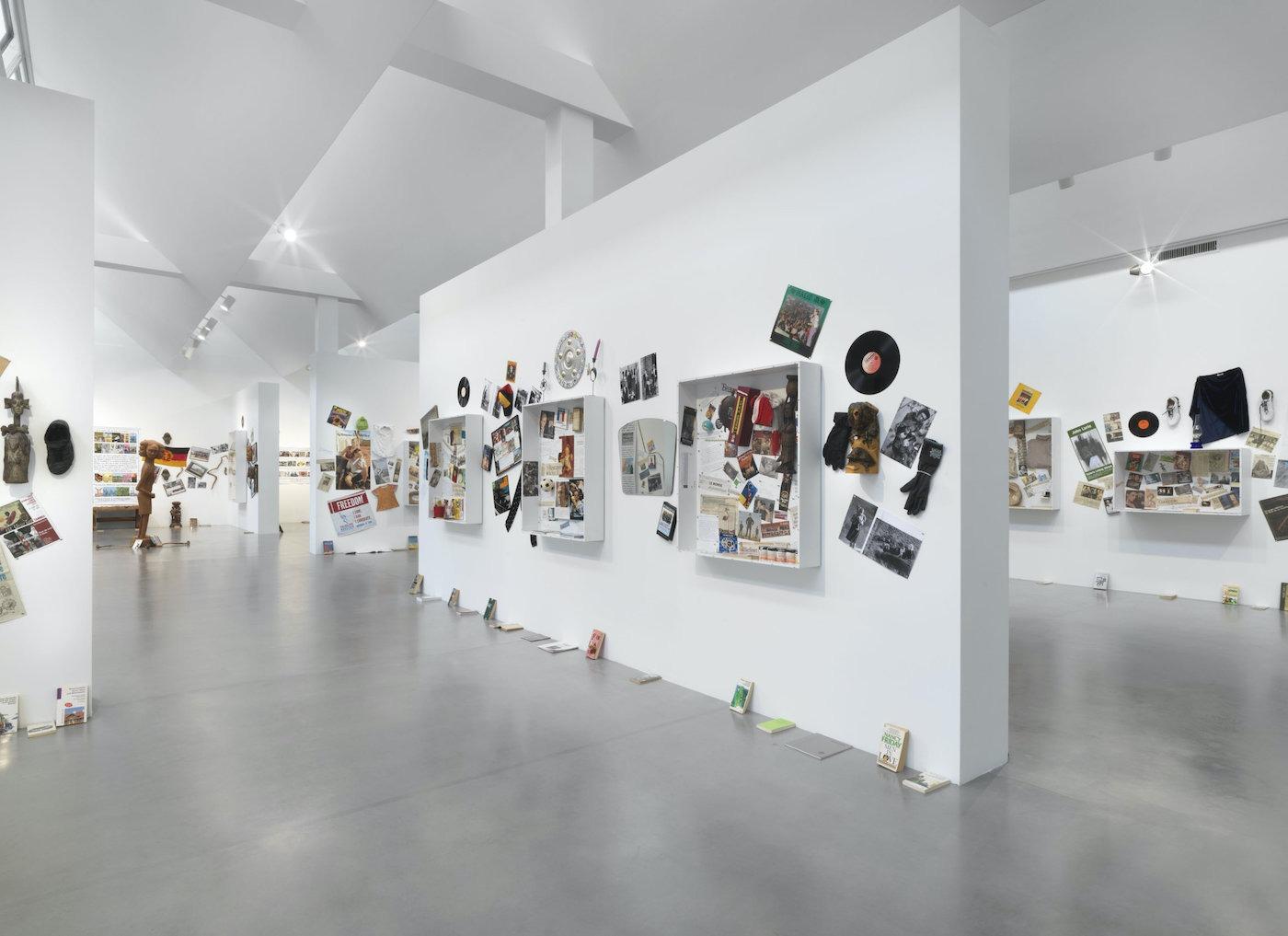 In exhibition since March 28, 2021, the Beninese contemporary artist of international renown Georges Adéagbo, seduces more than one at the KINDL – Centre for Contemporary Art in Berlin. It is an exhibition under the theme of “the light that makes happiness“. The exhibition, which covers an area of 450 m2, consists of 33 showcases, including correspondence, documents of individual meetings and decisions, and various other objects.

The artist-archaeologist paints a portrait of the city of Berlin for visitors. He immerses them in the history of the city.

He offers his artistic excavations, his discoveries of the city’s past, and submits a coexistence between popular culture and consecrated high culture. It is the result of more than fifteen years of research.

Bringing together historical and archaeological data, the contemporary artist Georges Adéagbo used for the exhibition “The light that makes happiness” some of his installations such as “All of me to all” or “a space with the world“, created in 2007. He also used objects from Neukölln that had been restored from the Kindl archive, such as old advertising posters.

The exhibition “The light that makes you happy“, organized with the support of the artistic director Kathrin Becker in collaboration with the Association Kulturforum Süd-Nord and its president Stephan Köhler, is the result of a long research carried out with the help of a grant from the German Academic Exchange Agency. It runs until July 25, 2021 at KINDL – Centre for Contemporary Art in Berlin.

Cultural ambassador and torchbearer of Beninese art since 1994, Georges Adéagbo has more than a hundred solo and group exhibitions to his credit.

Working between Cotonou and Hamburg, the first African artist to receive the Grand Prix of the Jury of the Venice Biennale in 1999, works to reconstruct the history of peoples, to remind them of the glorious or dark past of socio-cultural groups and to allow posterity to better know its culture.

Attached to the safeguard of the memory, he creates his installations around the topics in connection with the significant facts of its life, that of its community and its environment with objects collected in the street, the markets or in its readings.

The artist illustrates himself with gigantic works such as his installation on more than 700m2 at the Musac museum in Spain, during the exhibition “The mission and the missionaries“; or by making himself the guardian of the history of the peoples like his exhibition on “the Finnish history“; by highlighting Mannerheim and Napoleon; or with the exhibition “Geneva, Switzerland of yesterday and Geneva, Switzerland of today” at the Maison Tavel in 2018 where he leads a double reflection on “the history of Geneva“, and on “the opening of the city of Lake Geneva to the world“.
Fervent transgressor of the conventional aesthetics of cohesive works prized on the art market, the contemporary African artist Georges Adéagbo creates an unprecedented dialogue between his artistic approach and the visitor, in order to allow him to better apprehend the history but better, the cultural diversity.