A major figure in contemporary art, Sammy Baloji presents his first solo exhibition in a Parisian institution, hosted by the Festival d’Automne and the Beaux-Arts de Paris, as part of the Africa 2020 Season. « K(C)ongo, Fragments of Interlaced Dialogues » is open until July 18, 2021 at the Palais des Beaux-Arts.

« K(C)ongo, Fragments of Interlaced Dialogues » brings together works recognized through late examinations of the Kongo Empire and various objects that transited between the nations of the South and the North, such as the famous « Tentures des Indes ».

Resident of the Villa Medici in Rome in 2019, Sammy Baloji exhibits here the fallout of his research, political, strict and commercial exchanges that took place between the Kongo kingdom, Portugal and the Vatican from the 16th century.

A set of drawings and a series of transfers on copper plates were created from the geometric weave of Kongo weavings in raffia fiber, images of social glory.

Sammy Baloji was particularly intrigued by the heritage trajectories of these objects: first coordinated in the collections of the cabinets of curiosity of the primary Roman museums of the Renaissance, they were transferred in the 19th century to ethnographic exhibition halls. As an assemblage of engraved and painted woodblocks, these equivalent themes can also be traced back to the use of these themes by the historic pilgrimage center of Tervuren – established in the late 19th century near Brussels – where they were used as an enhancement within a new architectural design.

In addition, the Indian Tapestries, woven towards the end of the 17th century by the Royal Gobelins Manufacture, depend on the work of two painters who lived in the West Indies during the Dutch colonization of Upper East Brazil. They depict intriguing scenes in which the daily lives of Indians and black slaves, as well as discretionary opportunities for proximity, are depicted amidst an abundance of natural life and strategic opportunities for proximity.

Whether handcrafted or acquired, these works demonstrate the complexity of a past rich in exchange and abuse. They reveal the contextual and institutional impacts of a history composed by Europe, which has thus considered them as instruments of tact, ethnographic antiquities or fundamental elements of improvement.

Sammy Baloji, an artist against amnesia

Since 2005, Sammy Baloji has been investigating the memory and history of the Democratic Republic of Congo. His work is an ongoing examination of the cultural, architectural and industrial heritage of the Katanga region, as well as a close examination of the effect of Belgian colonization. His use of photographic documents allows him to control existence, contrasting ancient histories with contemporary monetary colonialism. His video works, installations and photographic series dramatize how personalities are formed, changed, debased and re-examined. His critical look at contemporary social orders reveals how fashionable clichés in society continue to form aggregate memories and thus allow social and political power games to continue to dictate human conduct.

Born in 1978 in Lubumbashi, Sammy Baloji lives and works between Lubumbashi and Brussels. Since September 2019, he has been conducting an exploratory PhD in art at Sint Lucas University in Antwerp named « Contemporary Kasala and Lukasa: towards a Reconfiguration of Identity and Geopolitics ».

A Chevalier des Arts et des Lettres, he has received various scholarships, awards, and honors, including at the Rencontres africaines de photographie de Bamako and the Dakar Biennale, and was a recipient of the Rolex Mentor and Protégé Arts Initiative. In 2019-2020, he was a resident at the French Academy of Rome – Villa Medici. Since 2018, he has been teaching at the Sommerakademie in Salzburg. Benefactor and co-founder in 2008 of the Rencontres Picha/Biennale de Lubumbashi he has several monographic exhibitions to his credit including: « Baloji, Other Tales », « Lund Konsthall », « Aarhus Kunsthal », « Congo, Fragments d’une histoire », « Cherbourg », « Sammy Baloji and Filip de Boeck », « The Power Plant », « Hunting and Collecting », « Ostende » and many others. And participated in the Sydney Biennial, documenta 14 in 2017 in Athens, the Lyon Biennial and the Venice Biennial in 2015 and the Photoquai Festival at the Quai Branly Museum the same year. In 2020, he is part of the Power 100 of « personnages les plus persuasifs du monde de l’art » by the British magazine ArtReview. 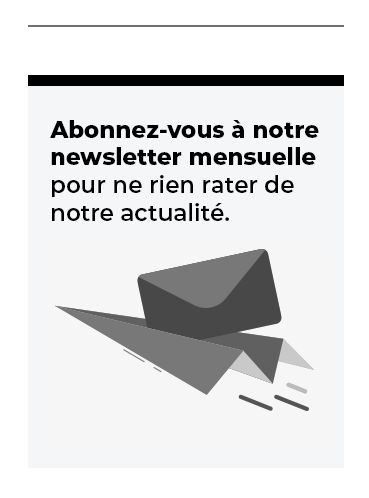