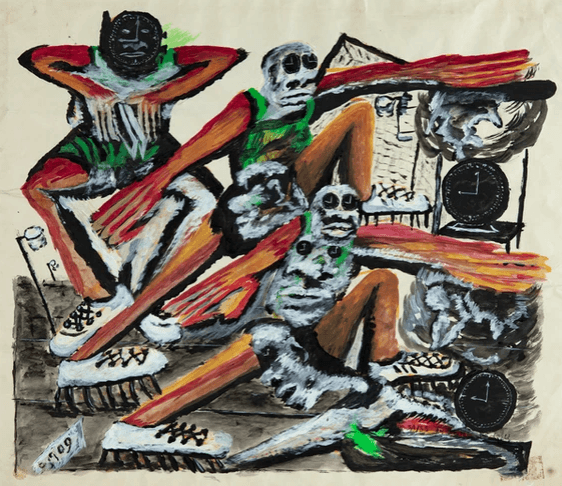 “MWILI, AKILI NA ROHO – 10 Figurative Painters from East Africa” runs through January 28, 2023 at the Institute of Contemporary Art in Nairobi and features a multi-generational collection of artists with varying experiences, current concerns and formal techniques.

Comprised of over 40 works made between 1950 and 2000 and addressing such topics as government and society, trust and religion, the ordinary and the powerful, and the body and sexuality, Mwili, Akili na Roho (Brain, Body, and Soul) offers a gateway to a deeper engagement with the lineages of East African creation and the impact of specific thoughts and foundations in the creation, dispersal, and gathering of art in East Africa.

Initially conceived by artist and NCAI pioneer Michael Armitage, bringing together a range of artists who have had an impact on painting in East Africa, “MWILI, AKILI NA ROHO – 10 Figurative Painters from East Africa” was first shown at the Haus der Kunst in Munich in 2020 and then at the Royal Academy of Arts in London the following year.

This third part of the exhibition expands on the first two, presenting additional works from the collection of the Weltkulturen Museum, the Margaret Trowell School of Industrial and Fine Arts, and private collections around the world.