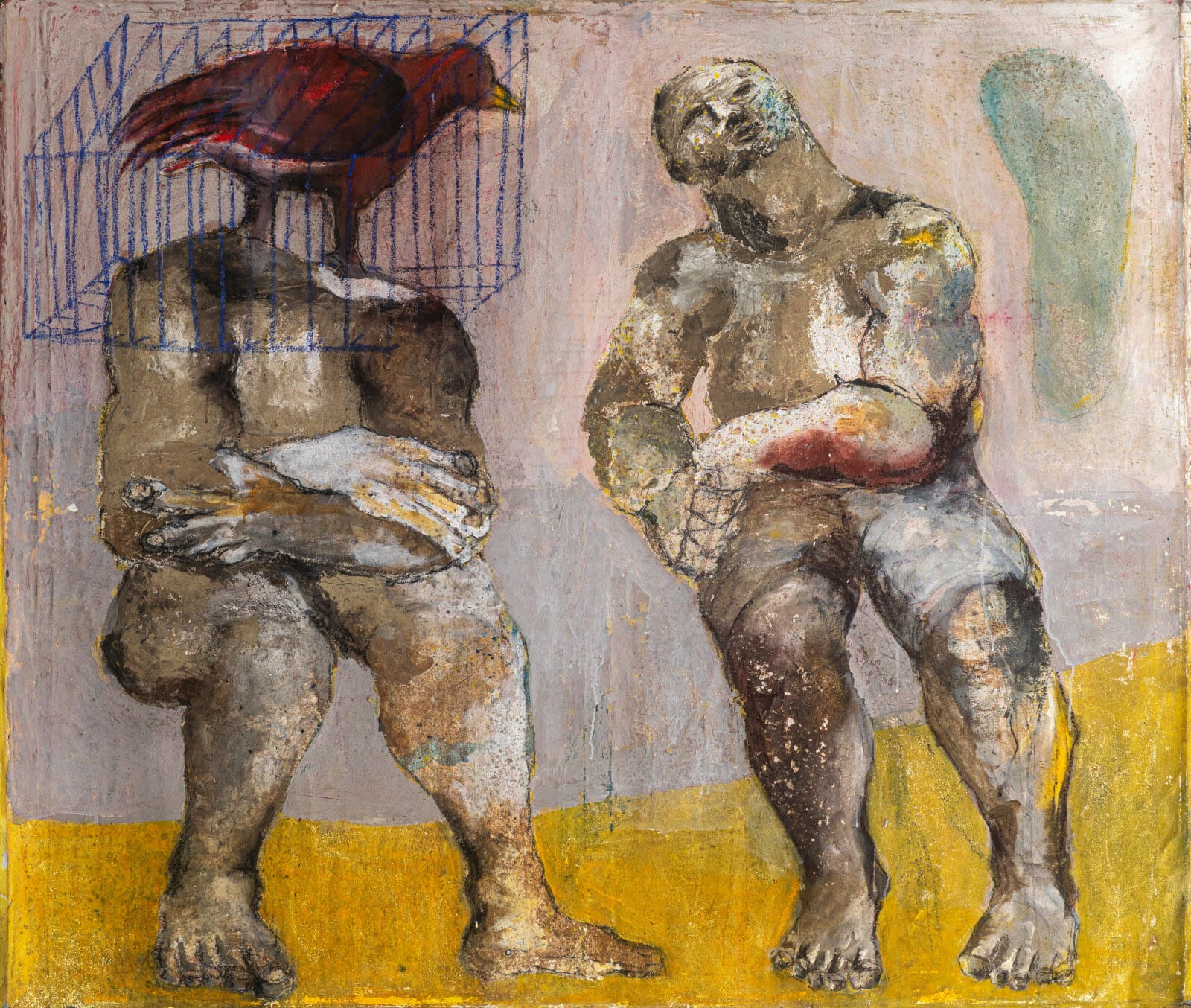 Since September 26, the Cécile Fakhoury Gallery in Dakar hosts Stasis, an exhibition dedicated to the sculpture-paintings of Sadikou Oukpedjo. In what is her third major solo exhibition, the Togolese artist once again returns to her vision of “human animality”. A theme that he correlates, this time with subjects such as religion, internal conflict and moral crisis.

Stasis: art against the backdrop of Nietzschean philosophy?

Even if he does not openly affirm it, Sadikou Oukpedjo’s works are strongly imbued with philosophy. Through his various creations, the artist materializes a vision of the current world, full of questions where hypotheses and reasoning very close to Nietzschean doctrine are jostling with each other. Indeed, for the artist, Man is animated by the irrepressible need to believe in something, in a higher power that he cannot grasp, in order to justify his existence and to draw its essence. In this process, he thus becomes a “maker of Gods”.

Unfortunately, in this search for the supernatural and the divine, the human being has come to have more love for a hypothetical beyond than he has for an alter-ego. Through the exhibition Stasis, Oukpedjo thus raises various existentialist questions and raises awareness about the new idols that man has created for himself and that govern the contemporary world: money, mass consumption and religion.

For Sadikou Oukpedjo, this process leads to the creation of new mythologies, involving gods whose reign is not based on fear and exploitation.

Born in 1975 in Ketao, Togo, Sadikou Oukpedjo started drawing at the age of 4. His talent was identified very early on by his primary school teachers who entrusted him with the reproduction of maps and organs of the human body. This allowed him to refine his drawing technique very quickly.

In middle school, he discovered sculpture thanks to his physical education and sports teacher who invited him to help him work on the creation of papier-mâché statues. A few years later, Sadikou Oukpedjo left his hometown to go to Lomé, the capital. In 1998, he joined the studio of Paul Ahyi, a renowned Togolese visual artist, with whom he studied and perfected his art. In 2010, he left Togo and settled in Mali where he had the opportunity to meet Ludovic Fadaïro, a Beninese visual artist then in residence in the country. But in 2013, because of the war in part of Mali, he left Bamako to settle in Ivory Coast, where he still lives today.

Specializing in the creation of sculpture-paintings with strong messages, Oukpedjo has participated in recent years in several major group exhibitions, including the famous 1-54 fair (London 2017 and Marrakech 2020). His works were also presented at the Dakar Biennale in 2014 and were programmed at the OFF exhibitions of the Dakar Biennale 2020. Sadikou Oukpedjo also has two previous major exhibitions to his credit, entitled Anima and Silentium, respectively.

The Stasis exhibition is open at the Cécile Fakhoury Gallery until November 20, 2020.