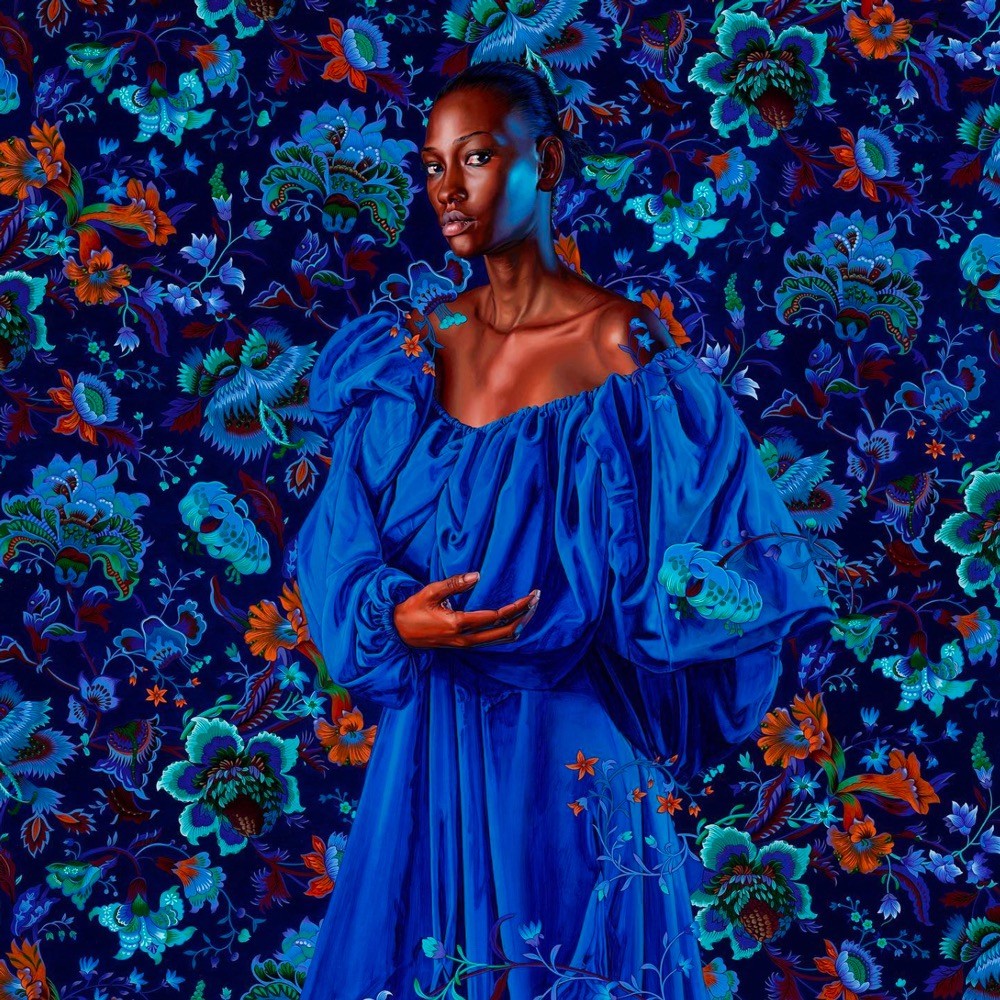 Kehinde Wiley has long since established himself as one of the leading figures in contemporary art with his hyper-practical and vivid works exhibited at the National Gallery in London, the Petit Palais in Paris and the Cini Foundation in Venice.

Known for his portraits of African-American and Afro-diasporic figures that challenge the orderly progressions and conventions of European and American representation, Kehinde Wiley works in painting, sculpture, and video, testing and reorienting the narratives of art history, raising complex unanswered socio-political questions.

He has had solo exhibitions throughout the United States and abroad and his work is included in the collections of over 60 public institutions worldwide. Kehinde Wiley is the founder and leader of Black Rock Senegal. He lives and works between Dakar, Lagos and New York.

As part of the Reiffers Art Initiatives mentorship, he will accompany the young French-Senegalese artist Alexandre Diop for a long period. This cooperation will result in an exhibition at the Studio des Acacias de Mazarine from October 19 to November 19, 2022, during the seven days of Paris + by Art Basel.

Born in Paris and living in Vienna, Alexandre Diop has made a name for himself with his striking works made from materials hunted down in his daily environment: gouache, paint and pastels, of course, but also, in the manner of the artists of arte povera, metal, wood, materials, paper, parts of old vehicles, rope, nails… The Rubell Collection is dedicating an exhibition to him in December 2022 in its gallery during Art Basel Miami Beach. Alexandre Diop has exhibited proactively in Italy, Austria and the United States and his work is now in several collections around the world.

Following in the footsteps of artists such as his mentor Kehinde Wiley, Alexandre Diop explores subjects related to identity and the representation of dark bodies. Both Kehinde Wiley and Alexandre Diop work to give them virtuosity and nuance. The theme of the guiding personality is not absent in Alexandre Diop, who can from time to time envision the characters that populate his functions as countless male/female deities.

After the mentorship debut in 2021 that united Rashid Johnson and his young talent Kenny Dunkan, this new cooperation looks extremely encouraging. An artist as universally perceived as Kehinde Wiley can be an exceptional source of motivation for Alexandre Diop and we can anticipate the depth of the exchanges that will arise from this mentorship.

The upcoming exhibition in October will be the product of this discourse and is fully in line with the mission to initiate exchanges, across artists, generations and cultures.

Each year, the Reiffers Art Initiatives Mentorship Program will bring together a significant figure in contemporary art and a young person from the new scene. This intergenerational discourse and support will be blessed by an exhibition, initiated during the seven days of Paris + by Art Basel at the Studio des Acacias by Mazarine.

Its mission, whose artistic council is composed of personalities from the world of art and culture, is to discover and make known the emerging figures of contemporary art to come.

Therefore, Reiffers Art Initiatives launches a few activities each year: an exhibition between a young talent and a world-renowned artist at the Studio des Acacias during Paris + by Art Basel and a group exhibition, accompanied by a prize, to present a young talent of the emerging French scene.