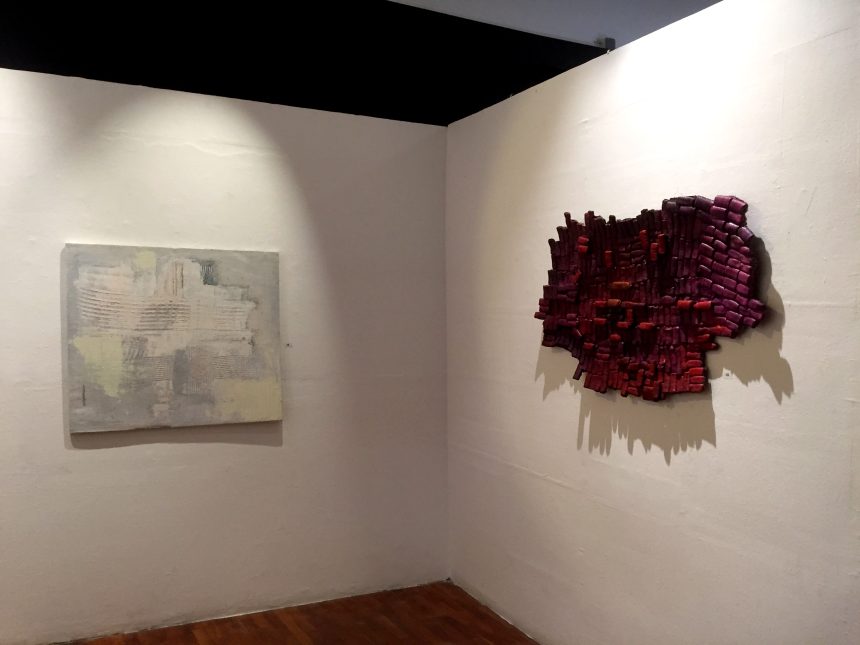 After his recent exhibitions from November 13 to 20 at the Alliance Française in Gaborone and from November 20 to 25 in Lusaka, the contemporary artist Hector Sonon returns to his native country with another medium of creation: “Kossilé” which he will present from January 7 to 27, 2023 at the exhibition hall of the French Institute of Benin.

“Kossilé” means in the Yoruba language “he is not at home” or “he is not here“.

It is this message of attention to the absence of authentic things and their deceptive reality that the mats called “kossilé” convey. They are frequently erected at the entrance of huts dedicated to the ancestors or in front of Vodoun convents, where the greatest secrets of initiation are kept.

Hector Sonon‘s work of exploration and creation is in line with the progression of life between its perceptible and imperceptible stages, praising the endless duration of the universe. Through shimmering threads and tones, these works by Hector Sonon offer fields of vision on “here“, a luminous hallucination, a deception… The “elsewhere“, far away, a luminous abode…

Draughtsman, caricaturist, illustrator and cartoonist from Benin, Hector Sonon is a seasoned actor of press drawing, he perfected his skills at the Royal Academy of Fine Arts in Brussels in 1997.

He has received various awards and participated in the collective album “The comic tale of Africa“. In 2012, he published “Toubab or not toubab“, his most memorable album published in France, which had received in 2009 the “Best Drawing Award” at the International Festival of Comics in Algiers.

“Kossilé” will be open until January 27, 2023 at the French Institute in Cotonou.