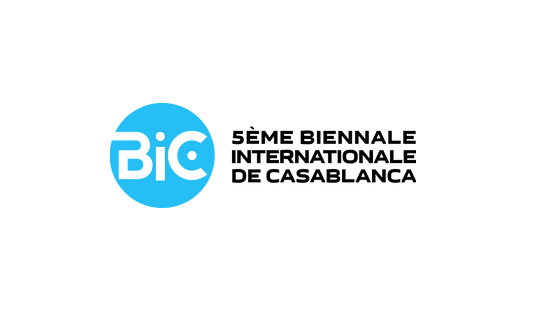 Under the theme “ Les mots créent des images “, from November 17, 2022 to December 17, the International Biennial of Casablanca presents the initial segment of the program of its fifth edition and at the same time its tenth commemoration.

This fifth edition of the International Biennial of Casablanca is inspired by the creations of the South African photographer George Hallett and the importance of African writing in the process of image making.

The theme, “ Les mots créent des images “, also alludes to a perception by Jacques Derrida, during his workshop Trace and Archive, Image and Art, about the possibility of the word filling in as an image, beyond even its rambling properties, and unfolding in Casablanca through text, sign, language, thought, speech, whether oral, compositional, or coded; the transmission of standard, authentic, or contemporary histories; and the desultory spaces and edges of articulation.

Three exhibitions will bring together until December 17, in three remarkable locations of the Casablanca scene, multidisciplinary works including painting, photography, video, installation, performance and digital art, by 17 specialist artists from around the world.

Notwithstanding the exhibitions, the Casablanca International Biennial will feature a rich public program starting with the Professional Days from November 17 to 20, at the Abderrahman Slaoui Foundation Museum and the American Arts Center including exhibitions, conversations and discussions between artists and curators, and many other figures from the art world.

The International Biennial of Casablanca will have a residency program for young artists who have left the MO.CO. Esba – Ecole supérieure des beaux-arts de Montpellier. Six laureates will be hosted to support their creations for a year, they are Marie Boutevin, Paul Dubois, Alyss Fleury, Pierre Peres (K.BLUM), Clementine Poirier (BOBBY BRIM) and Gaétan Vaguelsy who will exhibit their work at the end of their stay in Casablanca.

3 spaces to contemplate art during the International Biennial of Casablanca

At Bic Project Space, the works of Moroccan artisans Khadija Tnana and Ziad Naitaddi will be on display.

A second period for the International Biennial of Casablanca

This edition of the International Biennial of Casablanca will offer a second period which will take place from June 1 to July 2, 2023.

Coordinated by Maroc Premium Foundation, the fifth International Biennial of Casablanca is placed under the artistic leadership of Christine EYENE, art historian and curator, in collaboration with the curators: Selma Naguib, Patrick Nzazi Kiama and Juste Constant Onana Amougui.

Various meetings will allow specialists, the general public and the press to engage in long-term exchanges. The improvement of international partnerships, but also public and in particular local, plans to make the Biennale a widely open and comprehensive space, which can help the art scene and society in Casablanca and Morocco.

As a reminder, the Casablanca World Biennial is an independent initiative created in 2012 by Moroccan artist Mostapha Romli and administered from 2014 by Maroc Premium Fondation. Considered the expressive foundation of the Ifitry artists’ residency created in 2008 by Romli in the Essaouira region, the Biennale is essential to a vast enterprise that includes the Essaouira Contemporary Art Center, a contemporary art collection, and the BiC Project Space in Casablanca.