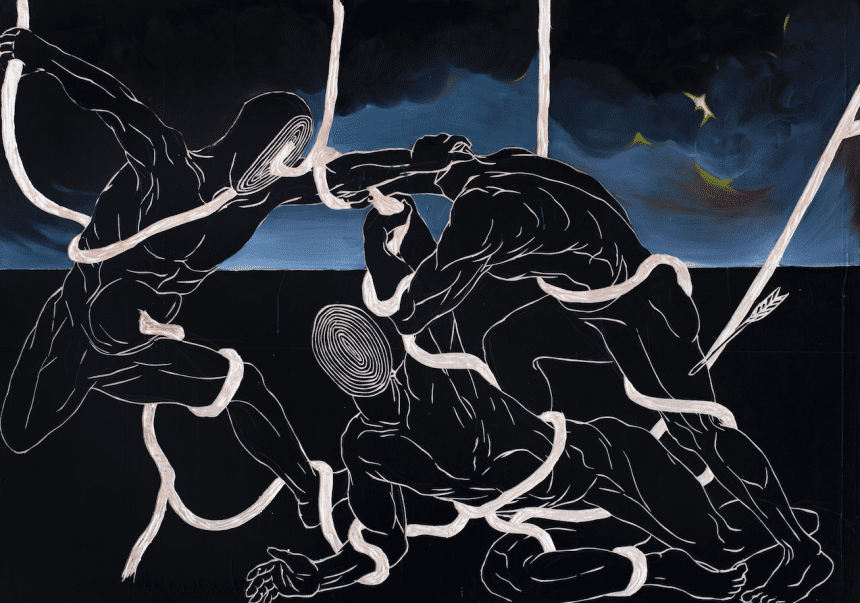 Second winner of the ellipse prize, Assoukrou Aké is the winner of the second edition of this prize committed to African visual artists living on the African continent and not represented by a gallery.

After a competition that attracted 67 applications that were concluded by a free jury composed of experts in contemporary art and the art scene in the world.

Assoukrou Aké will benefit from a monographic exhibition at the AKAA fair at the Carreau du Temple from 20 to 23 October 2022 thanks to the support of the endowment fund ellipse art projects.

Taking up the theme of this edition “ identité nomade “, the works exhibited will deal with the subject of identity in reverberation with the history of mixed-race people from the French colonies of Côte d’Ivoire, from which the artist draws his family ancestry. By scrutinizing the complexity of character and the brutality that comes with it, Assoukrou Aké summons the emptiness and the hole of his own development.

He is fascinated by the verifiable elements and political changes brought to the world of brutality, and explores the Haitian upheaval, the enlistment of Senegalese gunmen, but also the historical context of thousands of mixed-race children placed in homes, as was the case for his grandfather.

Assoukrou Aké will propose during the AKAA, otherwise known as ALSO KNOWN AS AFRICA, a selection of unpublished works combining printmaking, painting and drawing to follow up on the imagery of these minutes.