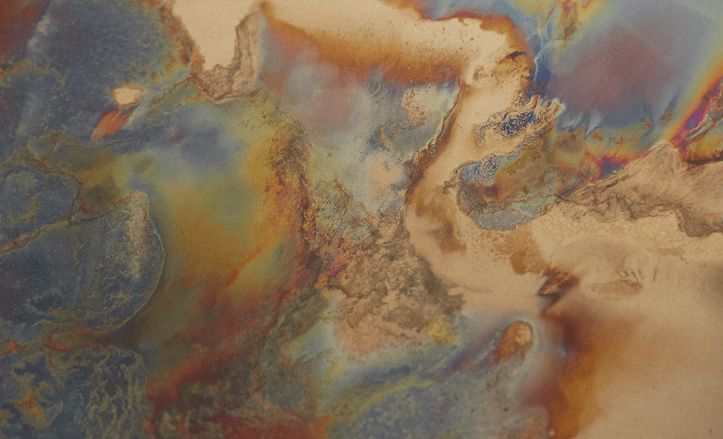 Doyle Wham in London announces the launch of “The Venus Effect“, an exhibition by South African artist duo Water Dixon.

This first independent exhibition by Water Dixon in Europe will showcase new works that demonstrate the breadth of their interdisciplinary practice, from sculpture to photography.

The Venus Effect exhibition, which runs from September 15 to November 12, 2022, is an official partner of the London Design Festival and coincides with Frieze and the 1-54 contemporary art fair.

Water Dixon are both artists and alchemists. After some time of joint effort and trial and error with materials such as copper, glass and metal, they have created unique metallurgical cycles that accelerate the normal reactions of compounds caused by time, oxygen and intensity.

“The Venus Effect” alludes to the verifiable artistic practice of depicting the goddess Venus as an apparition in a mirror, as found in the compositions of Rubens, Titan and Velazquez.

An image of voluptuousness and kindness, Venus has also come to evoke the gap between perception and reality. This thought of reflection is key to Water Dixon’s work and is unequivocally reflected in another series introduced unprecedentedly in the UK.

In these wall sculptures, smart materials are made dull and vice versa. Similarly, some components are fixed while others are allowed to remain uncovered, gradually developing over time.

The artists take the current speculative alchemy even further, where the viewer observes the synergistic responses that have occurred on the outer layer of art through a meticulously planned openness to compound arrangements, creating natural and unnatural conceptual examples.

Water Dixon plays with the harmony of plan and nature in all parts of his work, including through photography and film.

The Venus Effect exhibition will highlight the visual series “The Four Doors“, which captures the presence of Water Dixon’s light sculptures, briefly introduced at the Spier Wine Estate in Stellenbosch, near the waterways, as hauntingly beautiful reflections.

These images explore the idea of transience and human mediation in landscapes.

Throughout the exhibition, the connection between material, individual and climate will be further emphasized in a progression of exhibitions: dinners where food will be arranged directly on copper sections using fire-based techniques.

The outer layer of these sections will change over the course of the time-limited performance due to these communications, until they become total masterpieces towards the end – capturing an exceptional second in time.