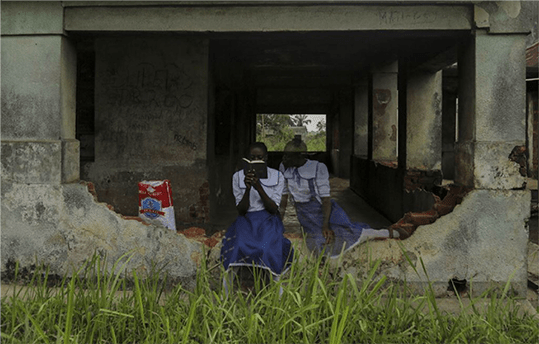 This initiative led by Nadine Hounkpatin (BENIN) and Céline Seror (France), founders of the Artness agency and of the medium The Art Momentum, the fruit of their long and close collaboration, are the curators of Memoria. Presented as part of the Women’s Focus of the Africa2020 Season, this event brings together more than 200 cultural events organized in France from December 2020 to mid-July 2021. This exhibition was designed to provide a platform for African artists from the continent and the diaspora to express themselves, at the invitation of the general curator N’Goné Fall and the regional program of living exhibitions, launched at the initiative of the Director of the Frac Nouvelle-Aquitaine, Claire Jacquet.

3 narrative axes of “Memoria: Tales of another history”.

From the intimate to the universal

This personal aspect of the works, where the artists share their lives and experiences, will allow the public to discover their different facets and the history of African women from North to South and East to West.

This is the case of the work of South African artist Mary Sibande “Wish you were here, 2010”, which tells us the story of her country by drawing on her own family experience. This work represents a domestic worker from the apartheid era, a ball of red wool indicating the bloody past that from one thread to the next will weave itself into a painting symbolized by the letter “S”, which recalls the first name “Sophie” that was attributed to slaves, but above all marks the growing phenomenon of “Superwomen“, these strong and resilient women who are taking their destiny into their own hands. The artist, while recalling the violent past suffered by generations of women in her family in particular and in her country in general, honors them for their courage and heroic struggle in the face of adversity.

Another poignant work in this register is that of the Algerian painter Dalila Dalléas Bouzar, who takes up in her series “Princess, 2015” 12 portraits of women, victims of war, based on photographs taken by Marc Garanger, a soldier in the colonial army in French Algeria in the 1960s. While replacing their original tattoos by other revisited graphics by haloing them with a golden crown that gives them a royal look, princesses, adorned against the colonial gaze of the time. The artist reverses in his work this look of humiliated woman, to make photographs under constraint, without her veil, to a form of resistance under a black background giving a timeless aspect.

This theme refers to the artists who express themselves on politics, these women who express a form of denunciation of the exploitation of men, resources and materials. The interpretation of these works remains personal while raising awareness about inequalities, including racism and sexism, common issues and future challenges.

Bouchra Khalili, this Franco-Moroccan artist through her video series “The Speeches Series, 2012-2013”, features ordinary people reciting in their mother tongue passages from various political, literary or poetic texts by Aimé Césaire, Abdelkrim Al Khattabi, Malcolm X, Mahmoud Darwish, Édouard Glissant and Patrick Chamoiseau. As a result, making them aware of the impact they can have on their community by giving a collective value to their words.

As for the photographer Gosette Lubondo, she exposes “Imaginery Trip II, 2018” through the pictures of the colonial past of her country, the Congo, in the guise of fictitious characters and ghostly appearance. Similarly, she invites reflection on the memory of spaces and individuals.

Fabulations, fictions and other fantasies

To look at the past while looking to the future with a contemporary scope in terms of artistic creation, a conjugation of multiple forms of expression generating avenues of collaboration between artists and civil society. The Cameroonian artist, Josèfa Ntjam, uses several artistic components (performance, writing, video, ceramics etc.) in a transversal way. She combines past and present to create futuristic narratives and forms. Her work “Hybrid Family” depicts an underwater world that encourages reflection on existence, cohabitation and questions of hybridity. As for the Ghanaian artist Na Chainkua Reindorf, she creates her sculptures using materials such as textiles, beads, threads mixed with several artistic components, all associated with the know-how and techniques of the regions of West Africa.

The exhibition “Memoria: Tales of Another Story” is accompanied by a book and a booklet for total immersion and offers the discovery of 14 of the most surprising works by 14 women, each one as incredible as the next.