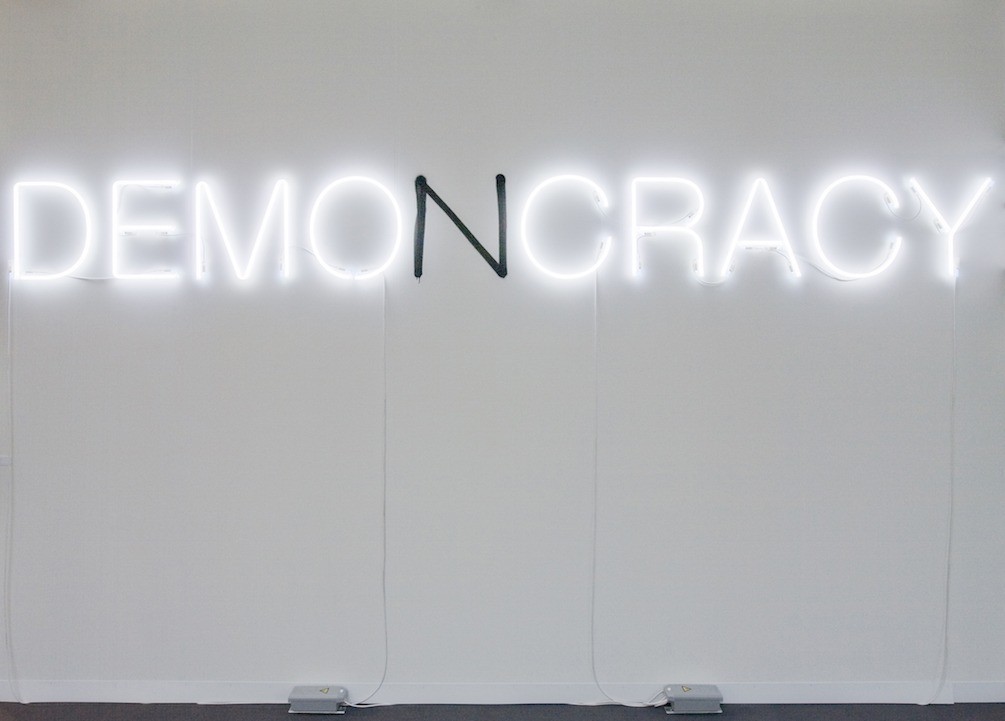 Using art to denounce the problems linked to the cohabitation of Western and Eastern cultures, the Franco-Algerian artist dedicates his work to the repair and the quest for cultural identity. For Kader Attia, this is a way to repair the injustices and traumas he suffered during his childhood, in order to avoid similar situations for other children.

As a committed artist, he provokes reflection on the idea of reparation as both a physical and symbolic act. This is to concomitantly examine how reparation relates to mental and physical damage and to collective and exclusive shocks. This is why, in collaboration with psychiatrists, ethnographers, historians and other practitioners, he makes films on themes such as genocide, colonization, modernity, capitalism and schizophrenia. A graduate of the École Nationale Supérieur des Arts Décoratifs de Paris, he is concerned with the recovery of what he calls « l’aliénation culturelle ».

Kader Attia goes further in his approach to reparation by creating in 2017, « La Colonie barrée ». This space dedicated to the reflection on decolonization, both of people and knowledge, attitudes and practices. This initiative aims to bring together without any distinction, artistic and intellectual creation of all identities and histories, with in particular those of minorities. « La Colonie barrée » supports for this purpose, community actions and ethnic minorities. The artist defends this initiative by affirming that one cannot pretend to change the world with a snap of the fingers.

Lulled in his childhood by a multiculturalism in which Catholic, Jewish and Muslim religions are mixed, Kader Attia is oriented towards the practice of arts by his drawing teacher. After his baccalaureate, he studied at the Duperré school where he obtained his diploma in 1993, before joining the Barcelona School of Fine Arts in 1994.
It was in Congo-Brazzaville that his artistic career took off with the exhibition, at the French Cultural Center in Brazzaville, of his first works on the theme « Humanistes au Congo ».

Today, the artist-philosopher Kader Attia favors photography, installation, video and sculpture as mediums. He is inspired by the anthropological works of Claude Lévi-Strauss in the realization of his works but also those of Michel Foucault, such as his work « Construire, déconstruire, reconstruire : Le Corps utopique ».
He acts as a poet through his various exhibitions and moves away from the atrocities that attract works of a political nature to devote himself to social and cultural repair.

The African humanist at the head of the Berlin Biennale 2022!

Appointed curator of the 12th edition of the Berlin Biennale of Contemporary Art for his commitment to the restitution of cultural property, his analysis of the impacts of the health crisis and his previous work, particularly those relating to political denunciation, Kader Attia believes that the mistakes of the past must serve us to invent a better world.

The artist who, in his career has addressed several themes, including politics, reparation, relations between colonized countries and the West, the restitution of cultural property in Africa, economic crises, the impacts of the pandemic Covid-19 …, could direct the artistic productions of the next Berlin Biennial on themes related to the current socio-political including the health crisis and its corollaries (the economic crisis, anxiety, increasing inequality …).

With this appointment, Kader Attia becomes the first African artist to hold the position of curator of the Berlin Biennale. He thus joins such great names as the Italian artist Maurizio Cattelan, the Polish performer and video artist Artur Żmijewski, or the Colombian María Berríos, who have all preceded him.

Kader Attia: A first solo exhibition in Greece before the Berlin Biennale

While waiting for the 12th edition of the Berlin Biennale of Contemporary Art, Kader Attia presents from May 07 to June 19, 2021 his first solo exhibition at State of Concept in Athens.

The Franco-Algerian poses his critical gaze on the ills that plague today’s society and looks at issues that reopen the debate on the problems of the world and the extension of the negative impacts of imperialism and colonialism on non-Western societies. He brings together his photographs and videos to construct an analytical discourse on the possibilities for marginalized societies to reclaim their culture.

For this exhibition, Kader Attia has drawn from his previous works mixed with new productions to create an original exhibition. He presents some works such as Reason’s Oxymorons, and his new film The Object’s Interlacing (2020), in which he addresses the issue of the restitution of African goods, the situation of refugees particularly dear to Greece.