A Kostic Khachatourian Art Project “AKKA Project” is an exhibition and working space that addresses and supports artists from the African continent and its diaspora, expanding potential open doors for them to familiarize their work with new geologies.

On the occasion of the 59th Venice Art Biennale, AKKA Project will present “African Identities” to highlight the importance of arts and artists from the African continent until November 2022.

The first edition of the “African Identities” exhibition focused on the art scene of a part of the East African nations that stretches between Kenya, Uganda, Zimbabwe and Mozambique. With countless different ethnicities, societies, skills and styles, AKKA Project intends to showcase and bring together these many specialists, including young talent, under one roof and offer them a chance for productive exchange.

Each field has dominated its remarkable singularity. Independently, each has sprouted from the prolific soil and risen to unique contemporary specialists who explore incredibly different avenues regarding new subjects, styles and materials.

AKKA Project attempts to create a unique and enriching experience, allowing visitors to discover the artists’ accounts and works in Venice during the 2022 Biennale, which runs from April 23 to November 27 and features artists such as Elias Mung’ora who lives and works in Nairobi, Kenya, whose work is largely motivated by life in the Nairobi metropolitan space. His primary media are paintings, drawings, photography and woodcuts.

Hilda Mumbi, whose artist name is Wambui Mumbi, and whose style remains between contemporary and surrealism. She uses her art to communicate her feelings, uncertainties, joyful memories and the qualities she believes in.

Nadia Wamunyu who explores different mediums: ink, espresso, pastel, charcoal, chlorine and watercolor and whose works deal with the outrageous cases of character urgency in most young African women, who are unsure of their skin color and body.

Allan “Think” Kioko who is a visual artist, illustrator and muralist based in Karen Village, Nairobi, and is an expressive painter and admirer of strong strokes, variety and texture. He draws his motivation from his own past and the places he has visited.

Baraka Joseph Mutukus, whose motivation comes from the human cooperation he notices and his art gives us images of a culture he was surrounded by as a child in Kenya.

Jimmy Kitheka, impressionist captivated by dreamlike scenes and situations. His work takes us back in time to the stories told by his grandfather and father. Stories that follow life in Nairobi in the 60s, 70s, 80s and 90s.

Michael Soi, whose work offers a diary of Nairobi and is a humorous discourse on the circumstances and improvements in friendship, money and politics. He studies associations – across the ages, between different ethnic groups, the sex trade and social relationships.

Paul Njihia, a self-taught artist based at Kobo Trust Studios in Nairobi, has a series called “The Student” to capture the school climate and exercises that everyone is familiar with, with the aim of highlighting the impact of school on the viewer.

Rodrigo Mabunda, of Mozambican origin, gives a second life to those objects that most of us consider ordinary waste. He recovers and resurrects these neglected objects with his energetic and strong innovative spirit and transforms them into art objects.

Tafadzwa Gwetai, a Zimbabwean painter, stone sculptor and curator who works with oil paint, mixed media and found objects to offer his perspective on the human condition and how humanity has reclassified itself.

Longinos Nagila, a visual artist who explores media and his work is influenced by a deep love of early film and high contrast photography, which he mixes with paint and moving images on paper and materials.

Onyis Martin, deeply associated with contemporary metropolitan culture, his compositions, figures and works on paper investigate, depict and consider recent concerns that influence the African continent as well as the world.

Luís Sozinho (Luís João Sozinho), from Mozambique, whose series “The Contemporary Dream” studies individual and aggregate characters and the quest for escape amidst obstructions and ordinary aspirations. 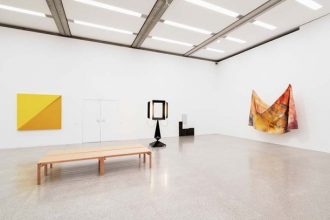 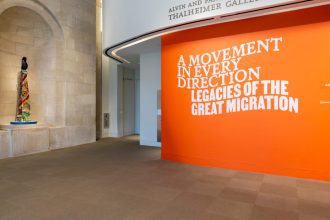