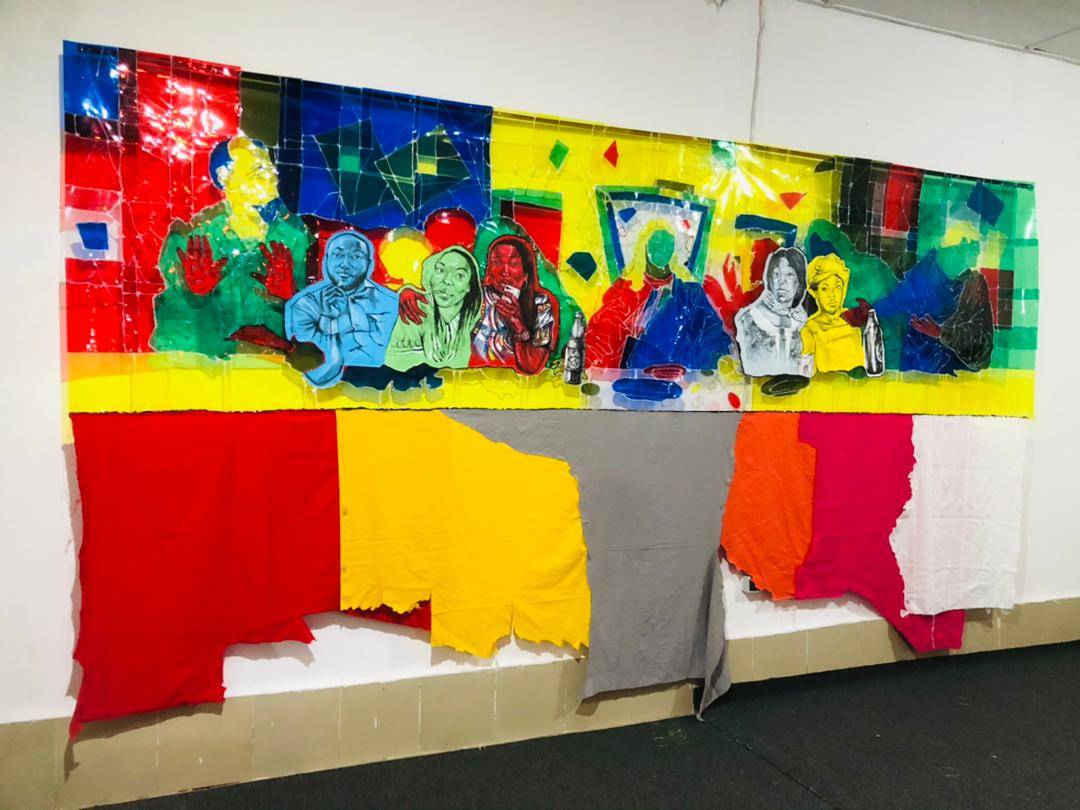 This second edition “Yango II – Biennale of Kinshasa: Tokozela lobi te” will take place in different venues in Kinshasa, Democratic Republic of Congo until August 14, 2022 under the premise that everything begins with the unequivocal statement that no one will wait for tomorrow with its phenomenal commitment to fantasy that will never happen.

In Kinshasa, since independence, an extreme, dynamic and fluctuating art scene answers the call of the present. The city reverberates with its thousand reverberations. Performers, visual artists and authors, are not afraid of pawnshops, sleep merchants and various theorists of singular narcissism.

Creative people discover universes where shrill and infinitesimal lives are illuminated. They make their own spaces of encounter and discussion; they put resources into their relationships with encounters or undermine them; they assemble their organizations; they avoid slogans. They add to the composition of a past filled with lands where savagery has spread, through servitude, neo-expansionism and post-imperialism, a set of experiences that also tell of the revolt against these evils.

Yango II is the second edition of the contemporary art biennale created in 2014 by artist Kiripi Katembo.

Playing with the ambiguities involved in the possibility of contemporary art, this biennial defends a majority of fine arts, their polyphonic conceptions, their transformations and their luminous ecologies.

The forms express powers, the powers extend the structures. Figures, reversed, become opportunities; influences become impacts. This interplay of removals and transformations reflects the different paths taken by the artistic expressions themselves.

The Yango II version goes beyond the unilateral character of an exhibition. It is diffracted, to defend the possibility of a processual art fair, which moves forms, and is equipped to defend itself as a social power.

It ventures from one city to another, covering destinations where dreams flow. These imaginaries are diurnal: they require our insight, instead of offering guarantees. They reconfigure a perfect world, substantial and unchanging, formed in the present state.

All artistic work implies an opening. To open something is to appear accessible to the faculties. Art has laid bare and reflects our naked condition: that of daily precariousness, but moreover starting from a composition to go towards the following one, towards the unheard of, the unforeseen, towards what mixes us.

As we come to claim every feeling of openness, we establish everywhere indirect associations between work, legislative issues and social scenes. The deep elements that connect these developments are distinguished and strengthened. We repair and make the robustness of a world that invites and sustains us, even with all the obstructions that limit life.

By securing Kinshasa as a center of the planetary art scene, Yango II blends the Kinshasa, Congolese circumstance to resonate, and reason, with other contemporary circumstances. This edition consolidates the untold stories: those of art, thought, Congo and the surrounding scenes.

From Kinshasa, a city of land, continent and rapid river, flowing towards the ocean and arriving on different shores, Yango II will report on diverse artistic approaches, to gather and inspire new voices, new narratives that disrupt assurances, a source of inspiration that will propose solidarity and developmental meaning, wrapping around connections to different places on the planet, to other wonderful tropisms, producing crossed fortitudes.

“Yango!“, a common interjection in Kinshasa discussions, turns into a pace: inhabit the present. Impose your most cherished values on it. Build the city, the one that invites all congregations, all relationships, all wanderings. The place for visionaries tormented by the sun, who refuse to rest.