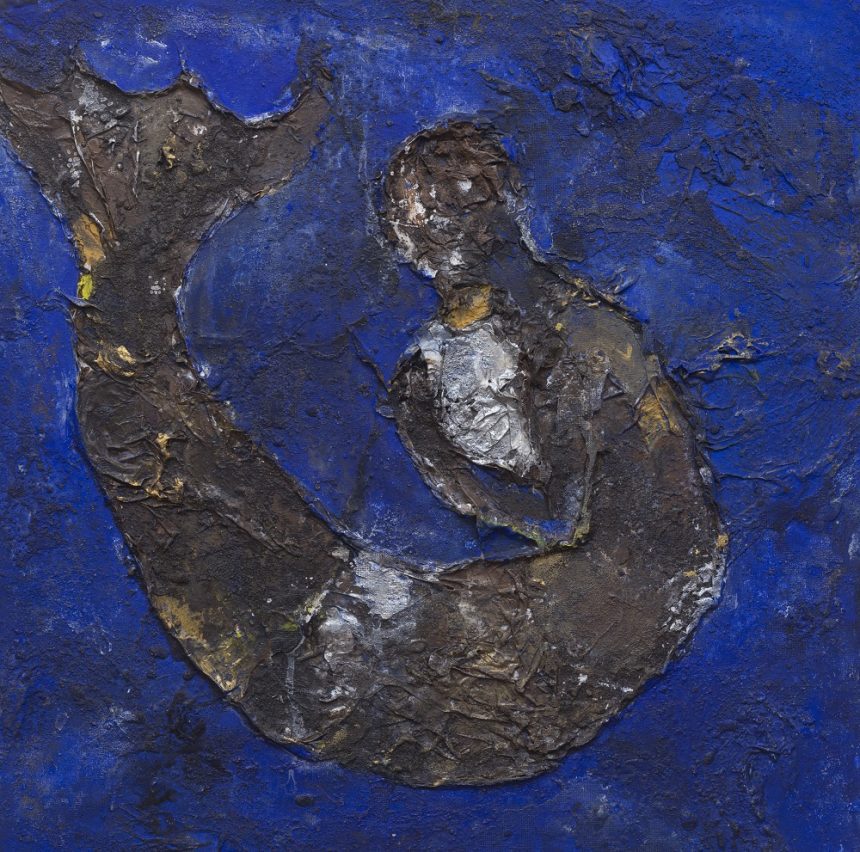 Thierry Tomety, who is deeply convinced that we are linked to nature and to the creatures we live with, proposes through his latest exhibition “Traits d’union” a series where he focuses on the connection that can have a lady and her man, a mother and her child, creatures that have never met; but also, the connections that we can have with creatures at a subtle level.

Open until October 29, 2022 at the Eric Wonanu workshop in Lomé, the exhibition “Traits d’union” is for the contemporary artist Thierry Tomety the opportunity to bring together surrealism and expressionism through the methods and contemplations that underlie them.

A step for him to dispose between the hammer and the anvil, and anyway by a similar event to wait.

The exhibition “ Traits d’union ” is a moment for Thierry Tomety to scrutinize the matter, to suggest the surfaces, and to draw them during the time of the creation, plastic step towards which he holds to invest the effort in addition to the reflection.

The result is disturbing, perhaps a little humiliating in his country where art is recognized exclusively with the course of excellence, one could say that it is more consensual than upsetting.

Or, on the other hand, one expects the artist to maintain his specialty with these old rarities, apparently of personality, which depict again and again the African visual creation; the work of Thierry Tomety avoids it without surprise. It welcomes us in a more private universe, more intimate, in search of its own affirmation, its particularity and its intrigue.

The exhibition “Traits d’union” presents a progression of paintings where the figure of the mermaid is omnipresent. It is a shattering image of the endogenous folklore in a social and strict framework where this figure formerly sure, even saving, is today linked to the malevolence, to the deep defilement and to the materiality: what difference?

Thierry Tomety does not discern. Against the current of the standard, he knows that his exposure risks to raise questions, perhaps of the resentment, even of the contempt. And he expects it, because the work of the artist within the general public is to present his position, to scrutinize the convictions, the notions, the feelings of anxiety and the logical inconsistencies of his counterparts, even if it means to make startle the most susceptible.

Thierry Tomety approaches the exhibition “Traits d’union” in a style which resembles him a little more than before. This new visual and invisual direction begins a creative development which recognizes him absolutely.