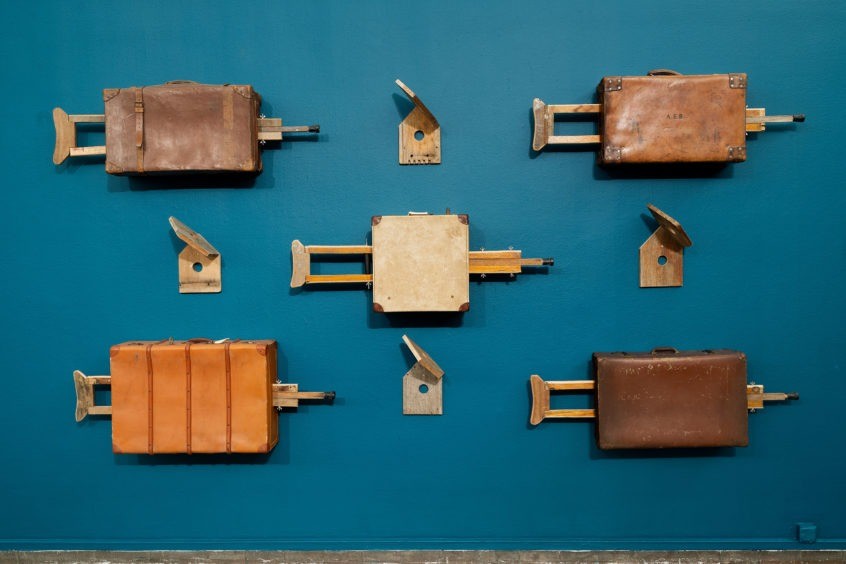 Göteborgs Konsthall presents « Bring Back Lost Love », the first independent exhibition in Scandinavia by South African artist Kemang Wa Lehulere in Sweden through August 15, 2021. « Bring Back Lost Love » offers the opportunity to view new sculptural works, installations and drawings that present the connection between individual and collective narratives, and how South Africa’s vicious past continues to haunt the present. Using found and repurposed materials, chalk, memories, and individual writings, her beautiful and layered works speak of cover-ups, unfulfilled dreams, and voices that have been silenced or erased from true historiography.

If the title of the exhibition insinuates a parallel proximity between two people, it can also be deciphered as a large-scale articulation of the artist’s advantage in archaeology to uncover lost stories, items and verses. A kind of call to bring back lost love and break the present to acknowledge that something has been lost or is missing – namely the relationship to the hereditary land that black South Africans lost when the infamous Indigenous Land Act resulted in the orderly displacement of black South Africans from fertile land to dry land.

Using a call-and-response procedure – inseparable from jazz – where a soloist calls for a reaction from his troupe to create musicality and song, Kemang Wa Lehulere presents another body of drawings in a joint effort with his aunt Sophia Lehulere. The drawings bring out the tradition of the late artist Gladys Mgudlandlu whose brilliant scene paintings address the historical backdrop of forced evictions.

Another central theme of the exhibition is movement, and the constraints that come with it, migration and opportunity. Kemang Wa Lehulere uses vintage calf leather suitcases, some donated, some from former commercial areas, mixed with straps and various assemblages produced in separate school work areas. These elements are found throughout the artist’s work – in the early models, some bags are protected by porcelain dogs whose guarding evokes a troubled relationship with the abusive control and observation of travelers, all things considered. The suitcase, a powerful signifier, summons the fate of various historical figures, such as the German philosopher Walter Benjamin, who on September 26, 1940, was refused passage to Spain and later that night committed suicide. In his famous briefcase, was protected by an original copy of an important manuscript, never found. Likewise, the shoulder cases speak to the many South Africans who were forced into exile, such as the South African essayist Nat Nakasa, who left South Africa on an exit permit, giving up his citizenship, and died as a self-proclaimed « Natif de nulle part ». Expandable suitcases are combined with these crutches – the two items intertwined and enlivened far beyond their unique uses by envisioning different conceivable outcomes. Offering elective endings for identical old and new stories.