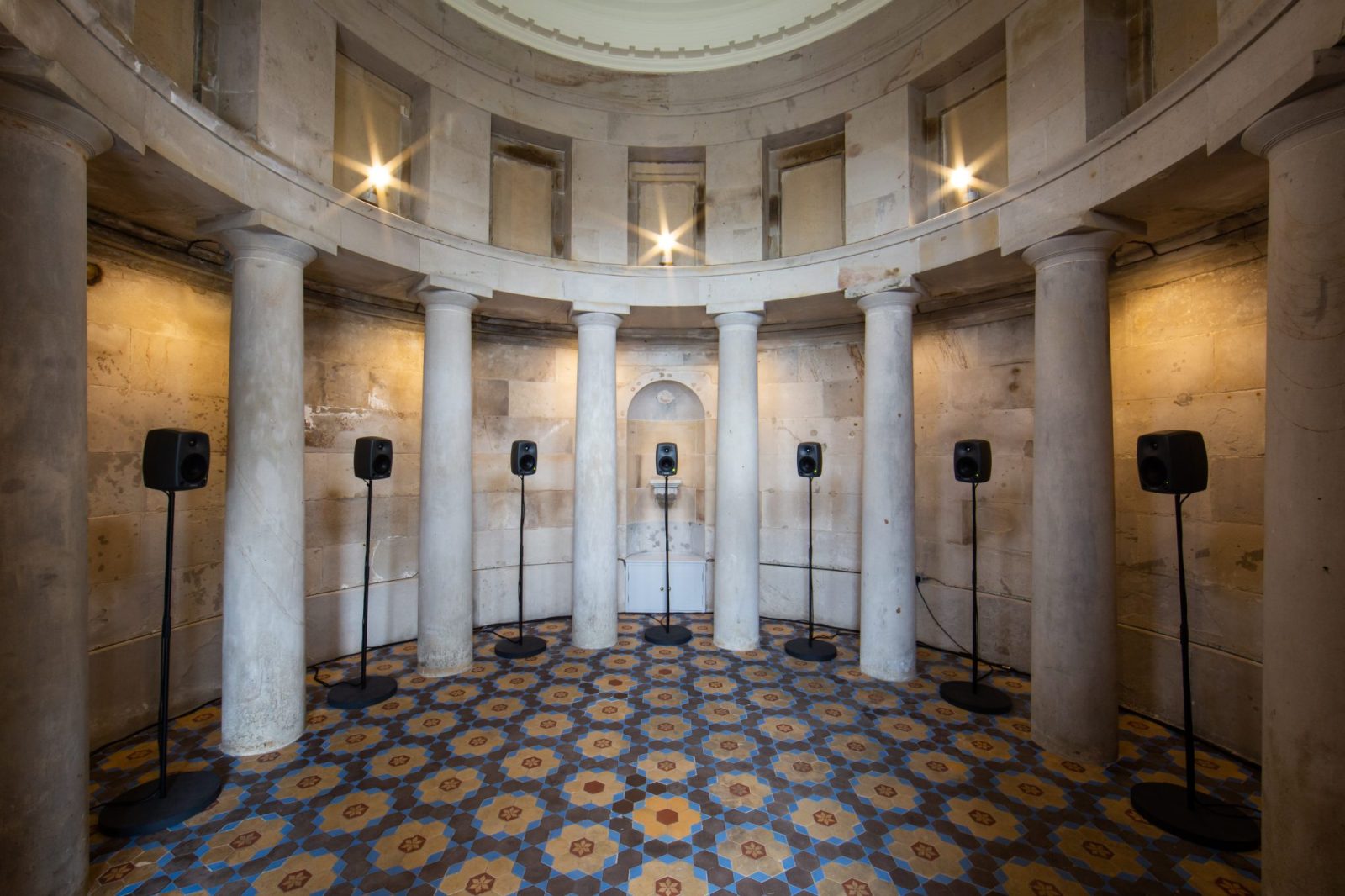 As of July 29, 2021, Talbot Rice Gallery and the Edinburgh Art Festival have unveiled the latest sound installation by Nigerian contemporary artist Emeka Ogboh at the Burns Monument in Edinburgh. This public art piece is in response to the event surrounding the UK’s departure from the European Union.

The contemporary artist Emeka Ogboh who lives and works between Lagos and Berlin. He has previously investigated how private, public and global memories and narratives are deciphered, transformed, interpreted and etched into sound. He has previously presented independent exhibitions at the Cleveland Museum of Art in 2019; Power Plant Contemporary Art Gallery in Toronto in 2018; Tate Modern in London in 2017, Documenta 14 in Athens and Kassel in 2017, Skulptur Projekte Münster in 2017 at the 56th Venice Biennale in 2015 and most recently at Friche la Belle de Mai in Marseille.

On January 29, 2020, as the United Kingdom withdrew from the European Union and as a farewell, members of the European Parliament stood and shook hands and sang Robert Burns‘ « Auld Lang Syne » – a tune that has come to evoke solidarity, camaraderie and open doors.

The following week, contemporary artist Emeka Ogboh set up shop at Edinburgh’s Robert Burns Monument and created « Song of the Union », a sound installation featuring singers from all 27 EU member states now living in Scotland, as well as a singer from the current United Kingdom. The resulting polyphonic ensemble offers a voice to those who were unable to vote in the 2016 Brexit choice, and was made while the post-Brexit truth is still far from being established.

The recordings were made in Edinburgh and Glasgow in the spring of 2021, and were programmed and sequenced to form this ever-changing arrangement for a 7-channel installation installed inside the Burns Monument for the duration of the 2021 Edinburgh Art Festival.

The Burns Monument provides a resonant location for the artist’s work, as in addition to Robert Burns being a national artist of Scotland and the creator of « Auld Lang Syne », the monument is situated between two historic locations: it is adjacent to the Old Royal High School / New Parliament House, the original site ready to house the Scottish Assembly after the country’s first failed referendum in 1979.

The art of Emeka Ogboh forms part of the program for Edinburgh Art Festival 2021, which this year will also include a new work by Sean Lynch for a co-commission with Edinburgh Sculpture Workshop, a program of new curated works by artist partner Tako Taal, and the UK and European debut of Lessons of the Hour by Isaac Julien, in partnership with National Galleries Scotland.