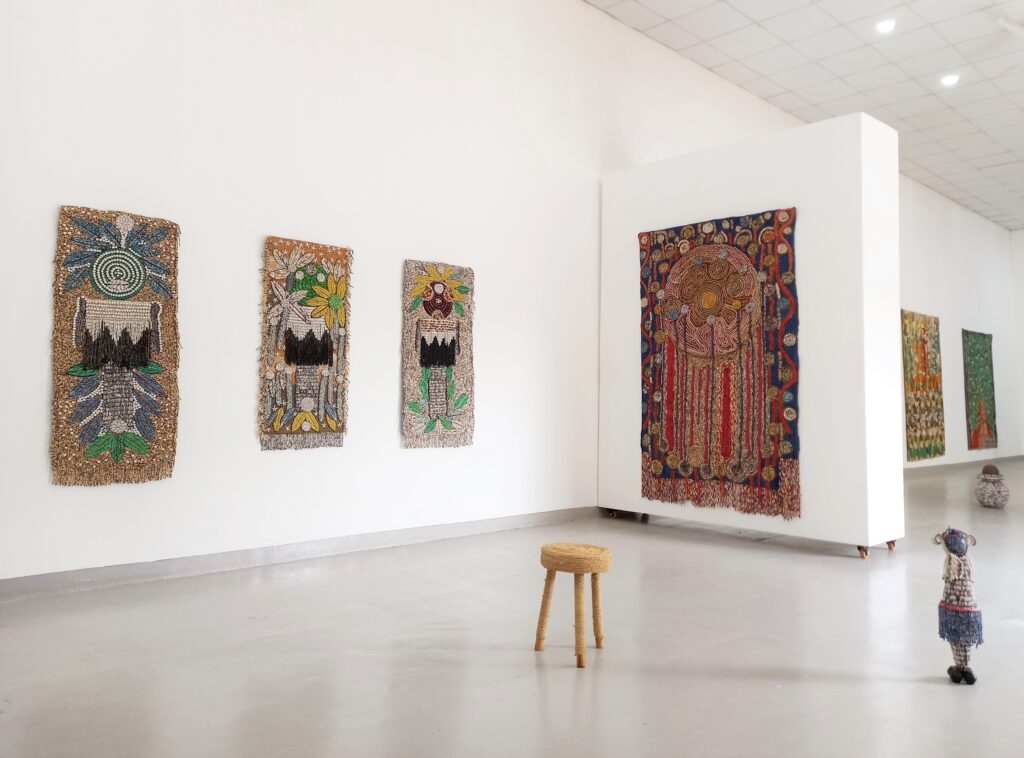 Sanaa Gateja‘s latest work, made during and affected by the pandemic experience, brings forth cycles of revolutionary consideration. Through his exhibition « Radical Care » open until March 26, 2022 at Afriart Gallery in Kampala, Uganda, he goes far beyond making us signify the need to pay attention or take care of ourselves.

Sanaa Gateja builds on the aspect that from the 1980s onwards, rationalists and clinicians began to form what has been instituted as morals of care, based on the activist idea of women and recently becoming a hypothetical focal point in many disciplines, for example, in political theories, ecological developments, general welfare, etc.

Rather than relying on a romantic understanding of caring, the morality of caring is theorized as an emotional connective tissue between an internal identity and an external world and then establishes an inclination with, rather than an inclination for, other people.

Sanaa Gateja‘s view of the world as a whole, which appears in her new pieces, acknowledges this interconnectedness – including its magnificence and its valuable open doors for positive social and individual change.

Across the globe, the Covid-19 pandemic and natural developments have triggered many approaches to reevaluate the individual’s affiliation with their networks and, in the long run, the world at large. It has become almost difficult to ignore the individual effect on the master plan and vice versa. At the same time, apparently appropriate norms continue to influence social and political activity. In this delicate environment, acting on the morality of prudence has become as intriguing as it is important.

Taking a firm stand, as Sanaa Gateja does in various works in this exhibition, becomes a revolutionary, even political act.

Dubbed the « King of the Bead », Sanaa Gateja is much more than the innovator of the method of making globules from waste paper and the maker of huge paintings composed of thousands of beads. While also consolidating bark cloth, raffia, wood, banana fiber and other observed items and materials, he crosses over into tapestry, sculpture and installation art.

The artist lets the material speak in his own miniature world and weaves in conceptual stories that comment on the real friendly and political factors of his home nation of Uganda.

His latest works call for a shift from general and digital norms to contextually oriented activity. They propose thinking and acting within distinct individual, relational and cultural connections, as well as reflecting on our associations with ourselves and our normal and artificial conditions.

In addition to his large-scale tapestries, it is interesting to note that this exhibition includes a series of works and three-dimensional sculptures and remains open until March 26, 2022 at the Afriart Gallery in Kampala, Uganda.