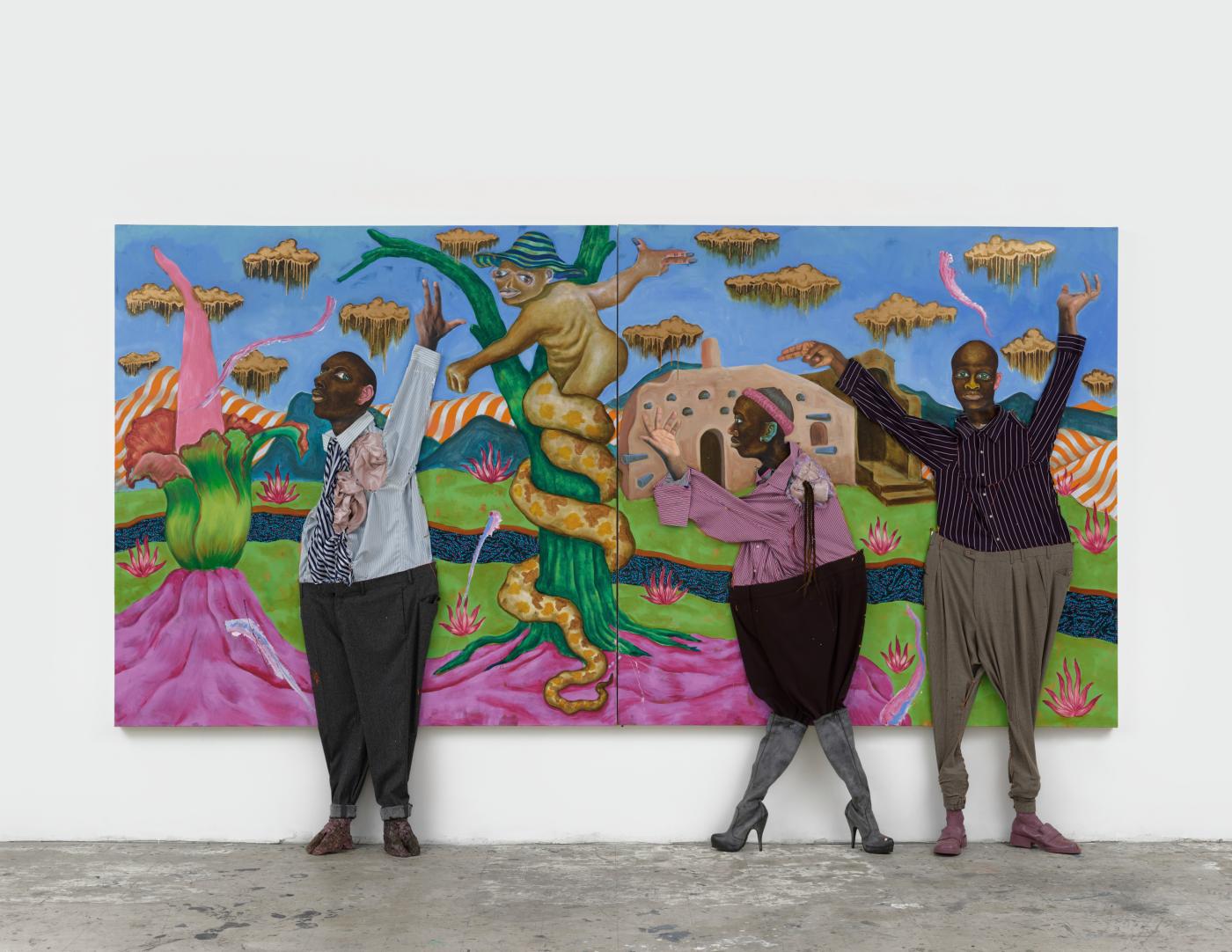 In his first independent exhibition, South African contemporary artist Simphiwe Ndzube presents in an American museum: Simphiwe Ndzube : « Oracles of the Pink Universe » through September 12, 2021 at the Denver Museum of Art in the United States of America.

This exhibition highlights eight new works that explore the transaction between otherworldly authenticity and history while joining themes of strength, struggle, and the quest for freedom through the « l’univers rose », a fictional universe constructed by the artist that consolidates the dream with the historical backdrop of his country, where racial segregation was a political element.

Simphiwe Ndzube : « Oracles of the Pink Universe » is an extension of the artist’s research investigating a legendary place, drawing on his own encounters, creative mind, and work history. He will present restrictive works inspired by Hieronymus Bosch’s painting, The Garden of Earthly Delights (1490-1500), which depicts a dramatic space where heaven, earth and damnation meet. As visitors enter this elective universe, they will be confronted with creations that address themes of protest, pressure, flexibility, strength, and the struggle for common freedoms.

Simphiwe Ndzube : « Oracles of the Pink Universe » is a new assemblage of works composed of vibrant paintings and sculptures, some of which brilliantly transform into sometimes executed, shapeless, non-parallel three-dimensional works that seem to venture outside the conventional boundaries of artworks with watertight partitions. A way for the artist Simphiwe Ndzube through his chimerical world to step out of the dial of limits, be they ontological, political or geographical, and to integrate the concomitance of real factors, spaces and seemingly hopeless frames that confront the viewer’s vision of what is conceivable or not.

These works are tinted and transform the exhibition spaces into zany, meaningful and mythical worlds at times, a kind of anecdotal and whimsical world that serves as a story in relation to South Africa and its share of history on racial segregation. Simphiwe Ndzube has exhibited in Cape Town, New York, Los Angeles, Miami, and Mexico City, and in 2019 he exhibited at the Lyon Biennale of Contemporary Art. His work has been acquired by the Los Angeles County Museum of Art, the Denver Art Museum, the Rubell Collection and the Zeitz Museum of Contemporary Art Africa and many others.