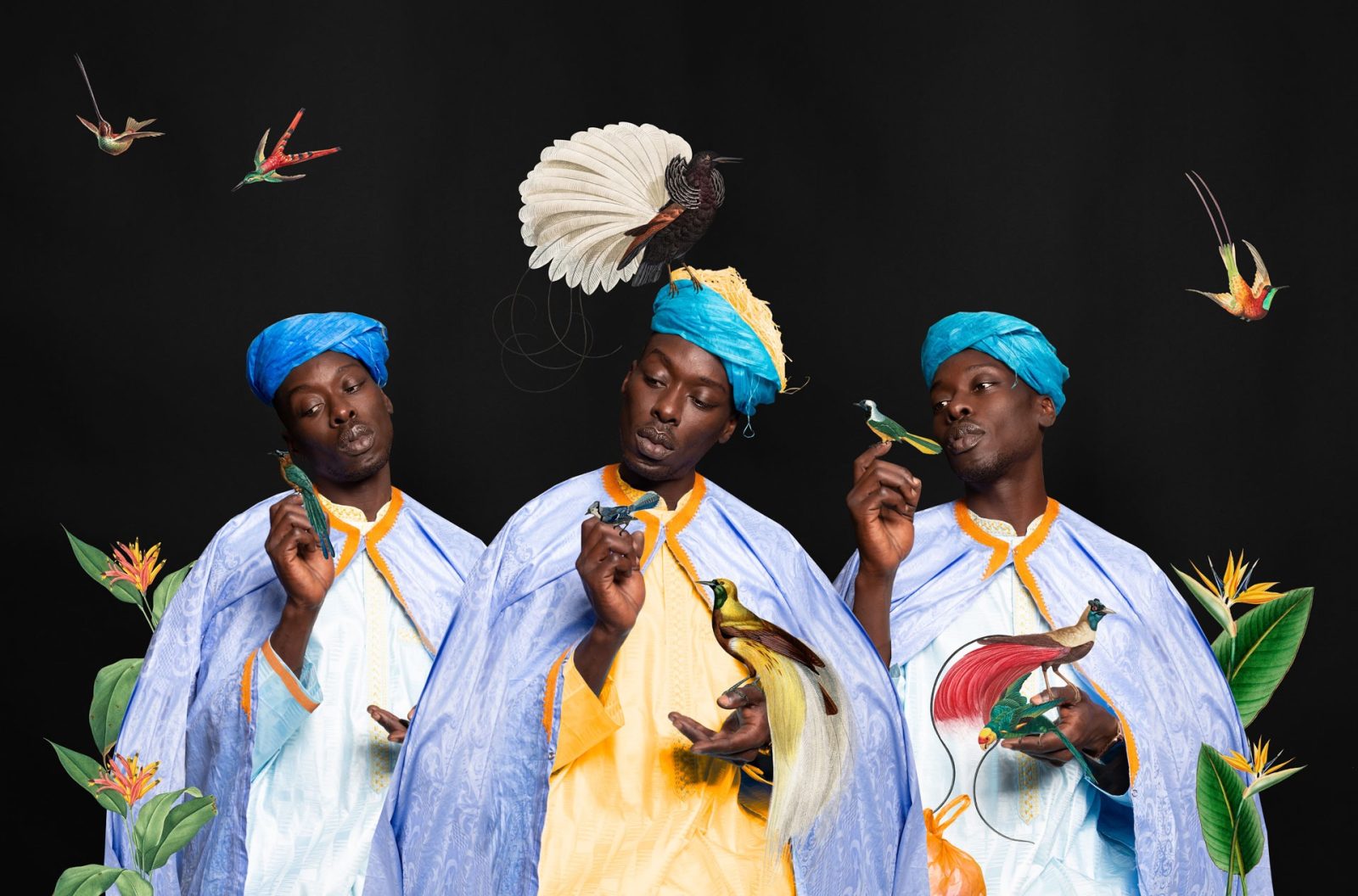 Senegalese artist Omar Victor Diop‘s striking photographs capture current African sensibilities and revolve around a reworking of history, representation, diasporic encounters, and global political issues of black resistance. The latter, who consolidates photography with other creative forms, presents an important creative collection at the Turku Art Museum in Finland with three of his most remarkable series until May 22, 2022.

Contemporary artist Omar Victor Diop uses the artistic self-portrait as an essential tool to address complex issues, from the encapsulation of the local area and thoughts of self-dissemination to the politics of representation. His practice is described by a sensational, carefully organized symbolism in which he personally appears as the essential visual hero and questioner.

Since his first series « Diaspora » made in 2014 or he draws on Western representations from the fifteenth to nineteenth centuries addressing a different arrangement of black figures who rose to notable prominence in fields such as science, politics, social movements, but are frequently absent from regular narratives. Drawing generally on recorded works of art, which Omar Victor Diop embellishes with powerful contemporary references, the series praises four centuries of outstanding Africans who led remarkable lives in the diaspora.

In his second series « Liberty » from 2017, Omar Victor Diop re-evaluates enormous snapshots of revolt related to the struggle for black equality, from the anti-apartheid movements in South Africa to civil liberties crusades in America, the Caribbean, and Europe, to contemporary issues such as « Black Lives Matter », looking for what brings together and characterizes these ongoing global battles for equality and common freedoms.

His latest series, « Allegoria » in 2021, disclosed at Paris Photo in November 2021, creatively addresses the environmental emergency and its effect on the global South and Africa in particular. In these vivid and paradisiacal allegorical photographs, Omar Victor Diop is depicted amidst a stunning symbolism of elaborately developed greenery while drawing directly from classifications that incorporate old-fashioned painting, strict iconography and studio visual likeness, as well as textbooks and logical references. He considered the fate of humanity directly after catastrophic events and natural degradation, asking how we can together ensure a more sustainable and decent outlook.

This exhibition of contemporary artist Omar Victor Diop at the Turku Art Museum is coordinated by Autograph of London, and Galerie MAGNIN-A of Paris, and open until May 22, 2022.