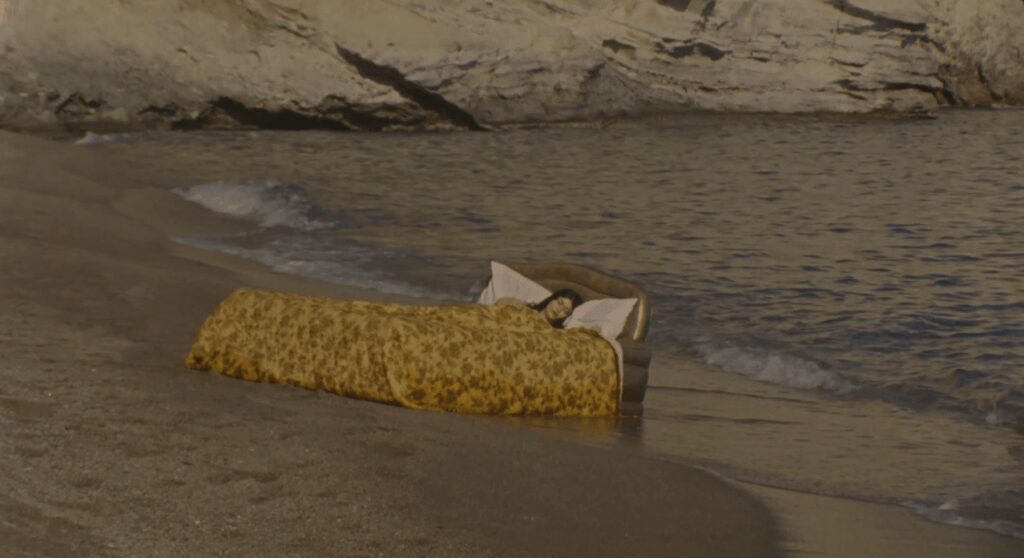 « Never Cross the Same River Twice », curated by the Franco-Togolese Kisito Assangni and the Greek-British Ariana Kalliga, is an exhibition uniting video, film and installation. Presented until September 25, 2021 at space52 in Athens, Greece, this group exhibition began as a traveling research project in 2020.

The exhibition « Never Cross the Same River Twice » connects two expanses that unfold in pairs, following the new video practices of 11 contemporary artists from around the world.

The selected video works are sites of visual contestation, realist in style with narratives that review the past, guarantee chronicles and ancestors, decolonize the brain and the creative mind.

Alluding to Heraclitus’ river, which viewed the way of life as a substance in constant transition and vacillation, the title of the exhibition is a call to imagine new natural, political, and administrative foundations and frameworks established. In examining the restrictions of film as activism, much of the work of interest reflects what Argentine scholar Walter D. Mignolo calls the important epistemic challenge and decolonial opportunity to remake a just future.

« Never Cross the Same River Twice » opens up shattering ghostly results of new imaginaries. Accompanied by an equivalent series of bi-monthly screenings and lectures, including an evening hosted by the Athens School of Fine Arts.

The exhibition « Never Cross the Same River Twice » is open at space52 Athens until September 25, 2021