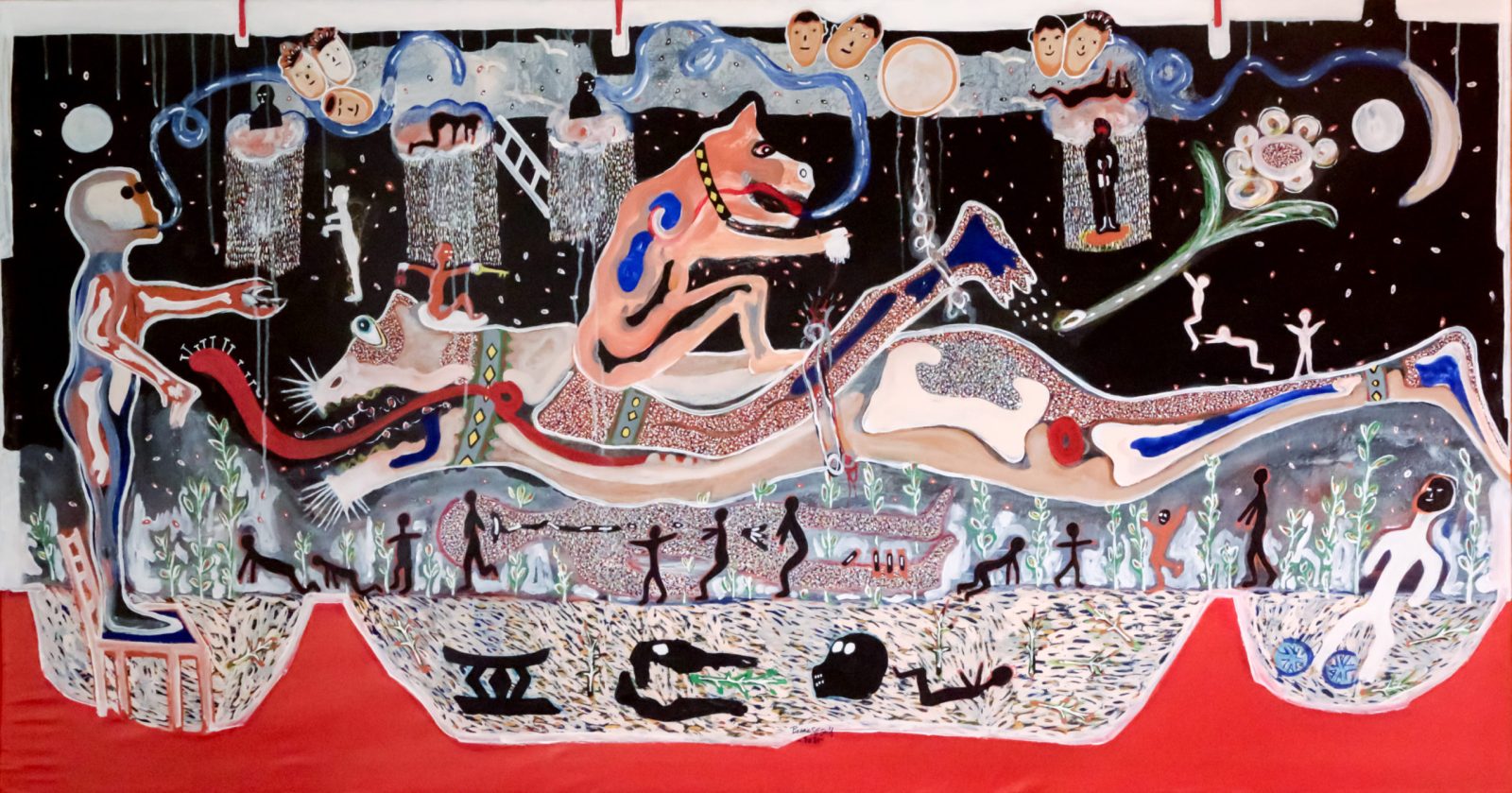 Open until June 25, 2022 at the gallery 31 PROJECT, the first independent exhibition of the contemporary Togolese artist Pierre Segoh, « LE PREMIER JUGEMENT » in Europe conveys on huge canvases of universes conjured in a rich individual cosmogony where bizarre characters with zoomorphic heads, small creatures barely drawn that move in all directions, goliaths with canine heads, skulls with dilated mouths, tribal imagery, vehicles, airplanes, structures. … and this link that the painter generally follows like an enchanted look, between each of his characters.

Pierre Segoh has a realistic way of approaching painting. In affection with the line and the theme, the thickness of his works offers a solitary vision of the world, appealing to social references intended for him, while censoring the monetary, transitory and political issues that cross the society as a whole.

Self-taught, Pierre Segoh has exhibited around the world. In 2022, he exhibited at the Palais de Lomé and at the African Artists’ Foundation in Lagos. His work has also been exhibited by institutions such as the Goethe Institute and the French Institute, and in Paris where he benefited from a residency at the Cité Internationale des Arts and the AKAA art fair.

His works are also present in important collections including that of the Blachère Foundation.