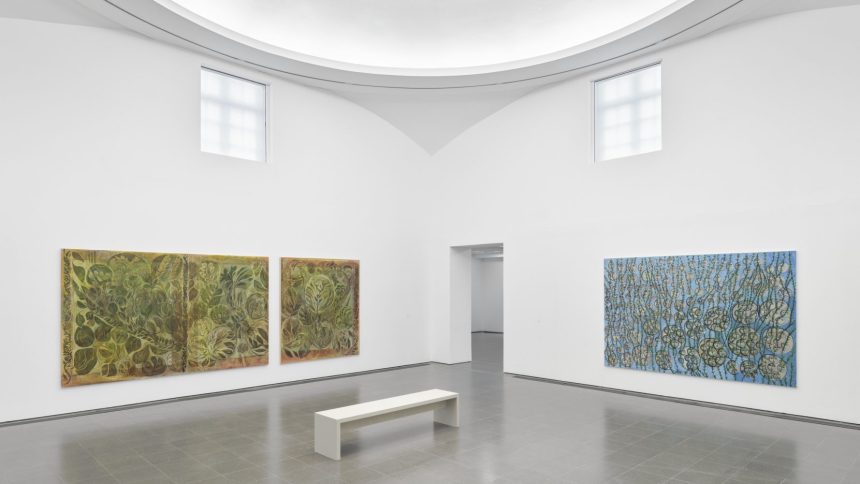 Kamala Ibrahim Ishag has produced a wide-ranging practice that is not characterized by a solitary style or development. Her work embraces and communicates different scenes and deep narratives of Sudanese visual culture across many eras.

Similarly, Kamala Ibrahim Ishag bases her discipline on subjects such as women, mysticism, ceremonies, plants and the stories of her mother and grandmother.

His exhibition praises the breadth and importance of his creations and offers the London scene snippets of knowledge about his worlds, highlighting works from the 1960s when he recounts his time in London to study at the Royal College of Art, while being mindful not to forget his new works made in his Khartoum studio that have never been shown.

Alongside huge scale materials and paper, Kamala Ibrahim Ishag also paints on various surfaces, calabashes, screens and cowhide drums. A choice of his practice of visual computerization and materials of his chief, he offers a framework to his productive creation and life encounters, mainly in Sudan, despite a more limited period of self-exile in London and Muscat, Oman, during part of the 1990s and the mid-2000s.

Kamala Ibrahim Ishag is known for painting gatherings of seemingly mutilated women in circles and translucent blocks, as well as plant structures.

In a range of calm tones, artist Kamala Ibrahim Ishag establishes her works in the shades of sun, sand and sky of natural and otherworldly subjects depicted. Her work focuses on the intangible parts of women’s lives.

His motivation comes from field research conducted in the 1960s with mystical ladies, which is associated with the work of William Blake, especially his search for otherness and manifestation through the beautiful in his artistic creations and it is towards.

Both pioneer and contemporary painter, Kamala Ibrahim Ishag continues to influence the artists of the world and has been an educator and guide for generations after her. Especially in her work as a teacher for over 30 years in Sudan where she was one of the leading female artists to graduate from the Khartoum School of Fine Arts.

With a style based on variety and existentialist hypothesis. The artist imagines the universe as a 3D square in the shape of a gemstone – simple but continuously changing depending on the observer’s situation.

Kamala Ibrahim Ishag also has strong ties to London, having studied at the Royal College of Art where she became interested in the visionary works of William Blake and Francis Bacon‘s treatment of likeness. These experiences, along with the curves she found in the reflections of subway train windows, have had an impact on her extraordinary depiction of figures and faces.