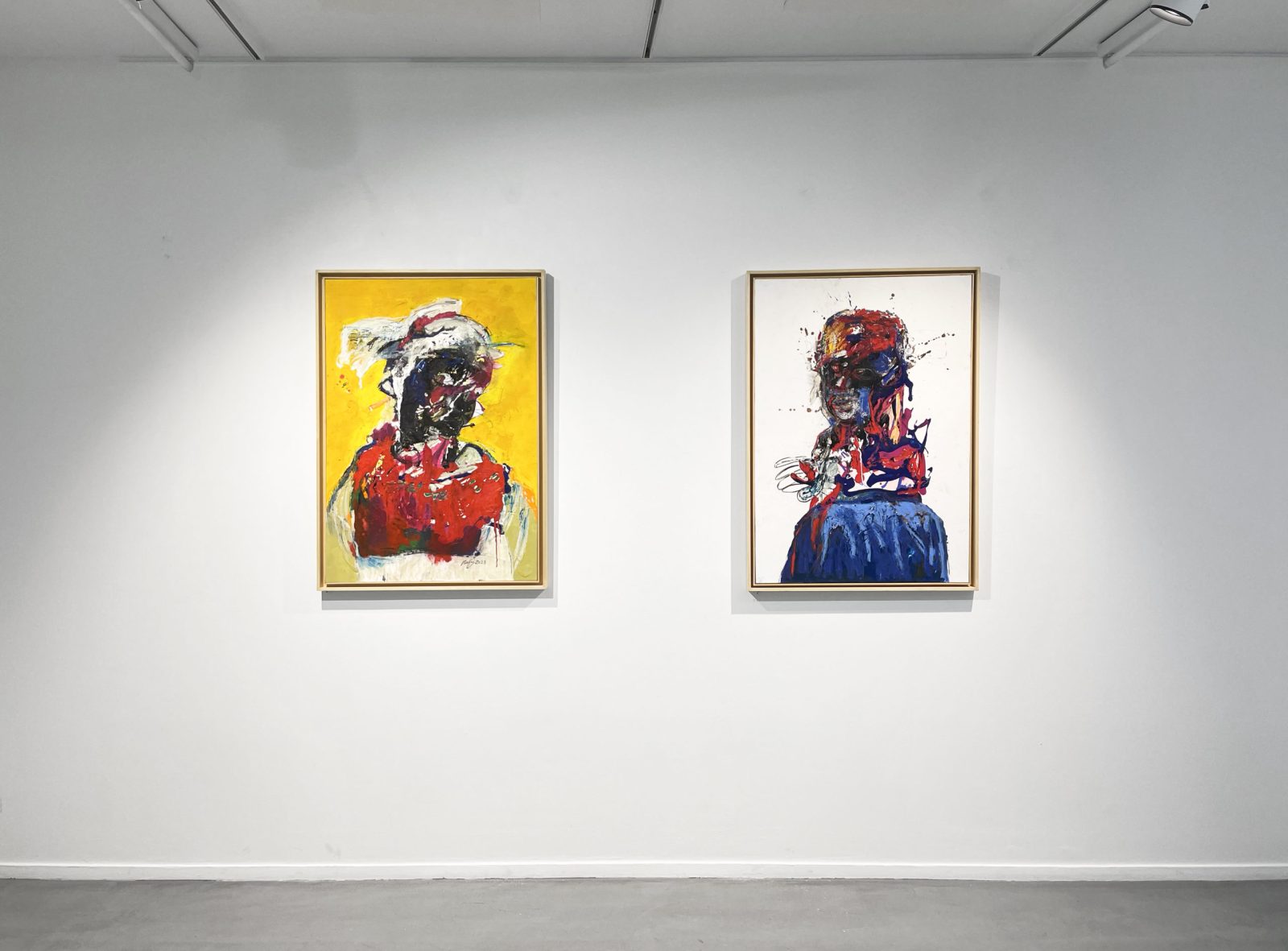 In Yoruba, « Irawo » means star or destiny. This new exhibition of the artist Rafiy Okefolahan, in the coherence of his residency at the Reservoir (Sète) the previous summer on the event of the Africa-France Summit, gives pride of place to his new Images of souls on paper, on which various outlines are drawn…

Presented from November 27, 2021 to January 15, 2022, contemporary artist Rafiy Okefolahan wants to help everyone remember the thought of destiny, no matter how you decipher it. He contacts a piece of the creative mind, the causes, mechanisms, wills, interests and actions. A kind of veil that lifts on the unlimited, according to the human perspective, and the unforeseen.

« Irawo » is a way of approaching the idea of the destiny of our planet, both the instincts that guide the turn of events in recent years and its fundamental components. Rafiy Okefolahan attempts to consolidate in his works human activity, divine influence and intercession, while also allowing the possibility of clarifying certain certain and negative perspectives as impacts of possibility, addressed through drawing.

Rafiy Okefolahan questions each of us on what we want to leave to our offspring? The one for whom his daughter is an « Irawo » wonders what he will leave her? and questions each of us on what we do with this world? The one who draws his imaginative strength from the cultural bubbling of Africa, a migrant artist, transforms his material into a screen on which he projects what he sees, what he fears, what he needs to decry, notably by drawing the gaps between African and European societies.

A remarkable colorist, he is also a materialist who coordinates in his works regular elements such as earth, sand or coffee beans. He considers his creation as a way to introduce a request in the tumult of the real world, to fight against the darkness, to keep the memory. 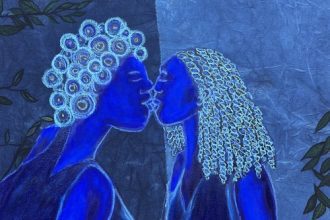