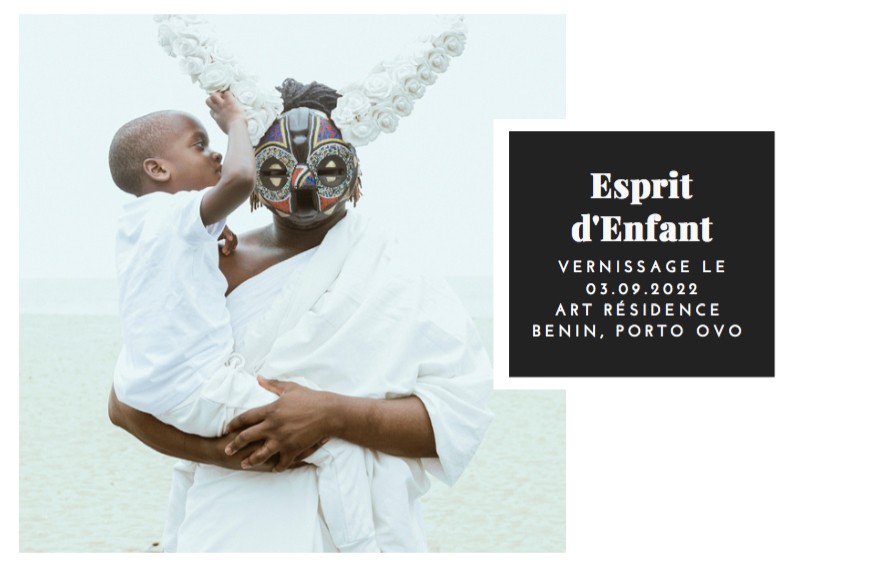 Having lived her childhood in Benin, Aïsha Fadonougbo discovered photography while studying in Paris. From the start, her currents came from the American metropolitan scene, particularly from African-American cinema and rap culture. But upon her return to Benin, she found another source of inspiration by delving into her lifelong memories and offers her first independent exhibition “Esprit d’Enfant” at Art Résidence, located in the capital of her country, Benin.

Through the exhibition “Esprit d’Enfant“, the photographer, Aïsha Fadonougbo highlights the creative spirit of a child, those stories, characters, situations, essentially childhood companions.

She situates the fact that between the ages of two and nine, one can see a child grimacing, having a good time or even talking to himself. Some children can draw what they see and hear. They are shapes, outlines, colors, characters, feelings that no one else can understand.

Aïsha Fadonougbo repaints this world in this series of photographs as if to allow us to plunge once again into your ancient vestiges of the past. Those minutes when we spent good moments alone with this imaginary companion that we have mostly known. In addition, perhaps also to help young parents to remember likely the scenes they pursue in daily existence.

Aïsha Fadonougbo received the love for photography from her father. For her, a photograph is a unique second that cannot be copied in light of the fact that each photo has its own set of experiences, its own feeling, but an unlimited number of translations, as if looking for a large number of potential implications.

Aïsha Fadonougbo follows in the footsteps of Joshua KISSI, a Ghanaian artist photographer who became an important art director in the United States, Annie LEIBOVITZ for her particularity, but also for her longevity in the field, Rukie JUMMAH who gave a new look to photography in Africa and mainly in Nigeria, Jean-Pascal ADOVOEKPE, who knew how to transmit an extremely graceful vision to his photography, and Temi Coker and her theoretical work that gives an additional aspect to the classical images.

With a degree in HR and an interest in the cultural and creative industries, Fadonougbo Aïsha has worked in an entrepreneurial support agency on projects around music, film and publishing in Africa as well as eco-tourism and is responsible for a podcast “The Goldie Talk” which gives the floor to specialists in different creative fields to share their encounters and advice. Finally, she is putting together a series of documentaries on Beninese contemporaries.