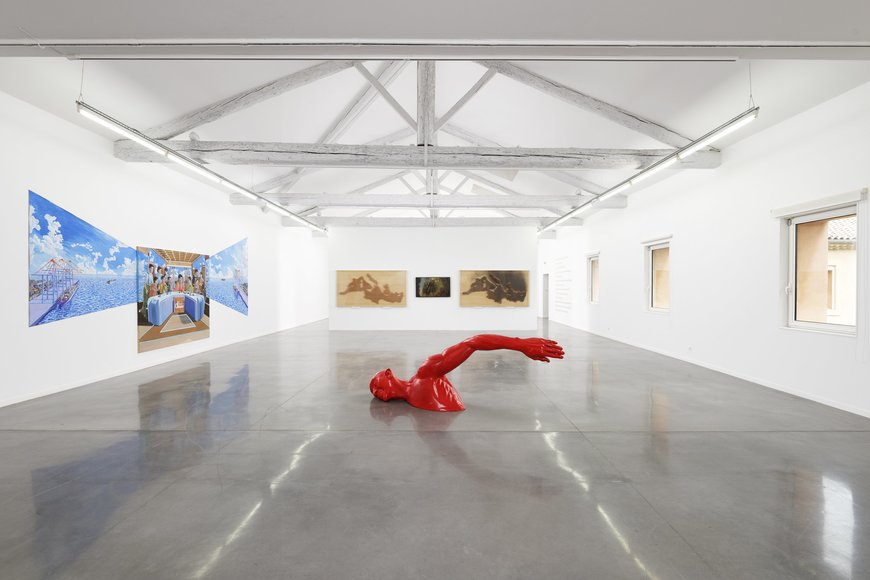 In a quest for questioning, 11 artists lead a dialogue with the exhibition « Distance ardente ». They question us on the links that administer the connection between the two continents until September 19, 2021 at the Musée régional d’art contemporain Occitanie / Pyrénées-Méditerranée in Sérignan, France.

The exhibition is presented as an excursion that highlights important ways to understand certain difficulties, and brings out the remedies necessary to create a typical future. In this specific circumstance, « Distance ardente » invites all visitors to reflect and celebrate what makes us go forward: diversity.

In its own way, the title of the exhibition « Distance ardente » also calls for an appreciation of the distance between France and the peoples of the African continent. In French texts and verses, the term “ardent” alludes to the enthusiasm that burns lovers, while in other well-known articulations, it reflects the anxiety, and sometimes even nastiness, that drives certain circumstances.

« Distance ardente » : perception of the body

Some of the artists in this exhibition are interested in thinking about the « corps invisible ».

Artist Mustapha Akrim presented an installation about workers and their relationship to history. Aware of Moroccan realities, he attempts to create worksites that investigate issues such as memory using his main material: concrete.

By folding clothes into a ball or turning them into a straight joint, artist Mohamed Arejdal uses military fatigues in his installation to stage a common history that connects the African continent and France.

The artist Diadji Diop analyzes the links between them over a significant period of time in works that will generally reactivate the memory of the fighters of the colonies. Thus, characters with sensitive structures will oppose the transitory and material limits by crossing partitions and floors. His work is a call to exchange and sharing that rises above the nuance of skin.

Far from the reductive discourses that pervade political issues, geographers study the extraordinary varieties of travelers’ adventures. Whether by land or ocean, the journeys of migrants have characterized our history in a reality far removed from the rural images of the desert sands or the waters of the Mediterranean.

Through a sculpture made of metal wires that unfold in space, Zainab Andalibe questions the notions of geography, development, uprooting, coming and going, direction and search.

Khalil Nemmaoui works around the wonder of transhumance, the ancestor of what we call today migration. Man, seeking to survive or to overcome, has always moved, like other living beings.

Fatiha Zemmouri repeated a « morceau du désert » as impeccable sand hills, a space that opposes the grip of advancement, where the breeze constantly erases the traces and directions of civilizations.

Finally, Hassan Bourkia plunges the guest into a thick, soaked space where he pays homage to the different populations that lived in the internment camp of Rivesaltes, near Perpignan, France, between 1938 and 1970.

The last subject of the exhibition celebrates what we offer and hold sacred today, the diversity that is the product of our common fascination.

The enormous works of art by artist Mariam Abouzid Souali are an opportunity to notice and perceive a typical story. Far from the generalizations on the various cultures that social networks produce, Mariam wishes to highlight the importance of recent memory, as it has been significantly modified by changes that are a source of individual and collective torment.

The multidisciplinary artist Hicham Ayouch presents another film entitled « Peau Aime ». It is a reflective mission, an excursion into his past and his own hypochondria about skin color and body shapes as character markers that both characterize and trap.

As Simohammed Fettaka points out, the individual visual experience must lead us back to « l’appréciation de soi ». To this end, he appropriates and repurposes photographs, symbols, objects and circumstances enshrined in Moroccan culture.
He then seeks to address political sentiment and how truth is constructed around notable images.

Finally, Moataz Nasr imposes himself, through an exquisite and charming methodology, as a discreet spectator of the changes in the contemporary world, and his various references to customary culture underline the need to share and perceive a common history.

The exhibition « Distance ardente » is accompanied by a joyful cultural program that invites each of us to remember the past in order to get to know each other better and establish new ties free of stigma.