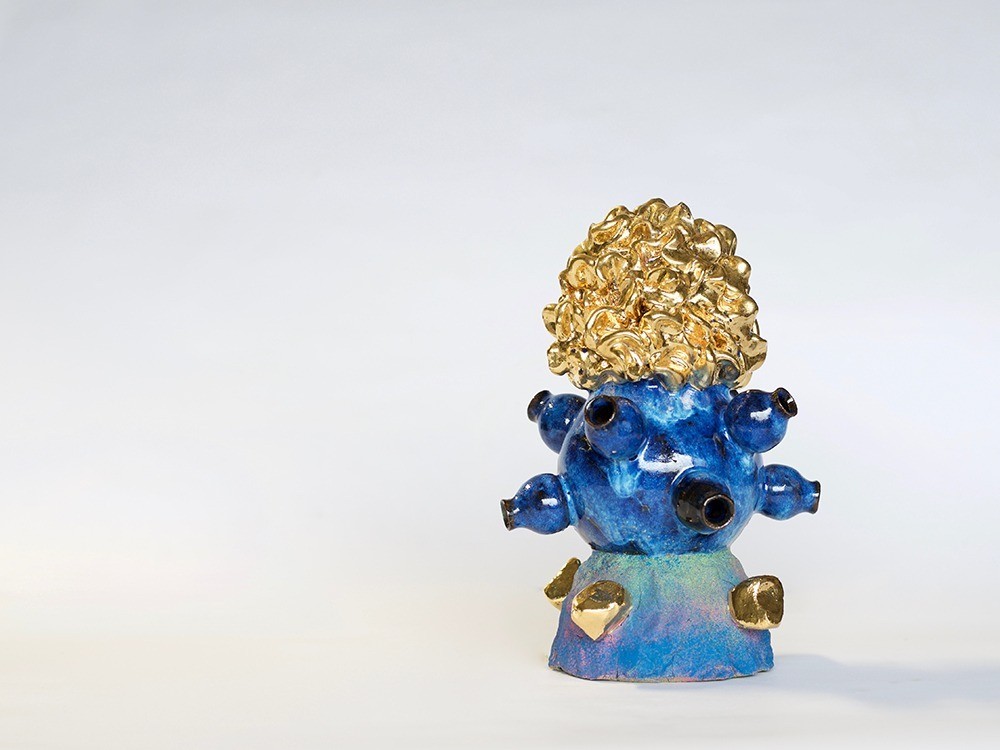 For the second stage of its Beninese season named « Larvatus Prodeo », it is an invitation to a walk that the Vallois Gallery of 41, rue de Seine presents.

Until October 2, is offered the exhibition « Dans mon jardin », a space highlighting the extraordinary works of the ceramic artist King Houndekpinkou recently exhibited in Abidjan for the exhibition Contemporary Benin.

Like the gardener who brings forth flowers from the earth, it is with the earth, through its catalytic relationship with water, fire and air, that artist King Houndekpinkou gives form to the products of his overflowing creative spirit, his mysterious secret garden.

From basic structures and even structures that he will develop in a disorderly way, gather by two, three, even five, in an unpredictable way, imitating plants whose development does not cease to amaze, King Houndekpinkou stirs up the codes and allows himself all the fantasies.

His creations open perspectives beyond what we see, and make us experience the extravagance of pottery. As far as he is concerned, the garden offers the possibility that his works are made to be utilitarian, like a jar or a bowl, when in truth they are not meant to be used. Each piece stands alone, and uniquely forms this garden… Just like flowers.

« Dans mon jardin » examines the connections between craft and art, Benin and Japan, his animistic beliefs and contemporary techniques on clays imported from the United States, Benin, France, Germany and Spain.

King Houndekpinkou humorously uses natural similarity by giving his pieces masterful sounding names, such as « Trigobolicus » or « Bigobolicia », Latin-sounding names, a gesture toward the learned lexicon of botanists.

Moreover, even to serve as a platform, King Houndekpinkou thought of a staging of the space in the manner of a landscape designer. The exhibition thus gives the guest the impression of moving in a garden with around him potteries, coated and painted, of an astonishing cheerfulness, sketching moreover the feeling of novelty after a time of constraint.

« Dans mon jardin » is a refreshment, a much needed energy and pleasure, a tribute to the earth, a source of life in the plant world.