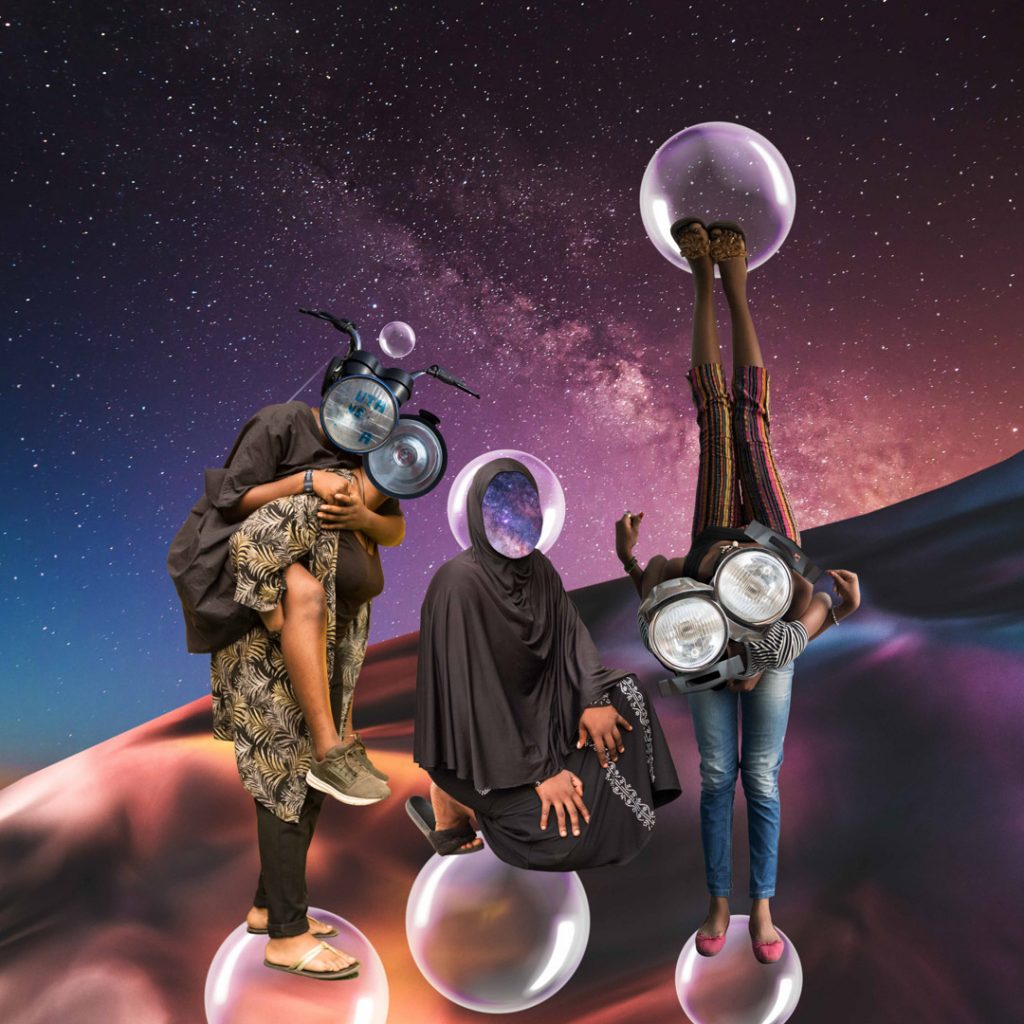 Since 2003, Issy-les-Moulineaux has been a signatory of the Charter “Child Friendly City”. Every year, it organizes the Issy-les-Moulineaux Children’s Rights Weeks, under the sponsorship of UNICEF and COFRADE. In order to follow the Africa 2020 dynamic launched by French President Emmanuel Macron, this 19th edition will host several screenings, shows and workshops around the African continent. Art will also be at the rendezvous with an exhibition of the works of Joseph OBANUBI, a follower of Afro-futurism.

Welcome to the Africa of the future according to Joseph OBANUBI

We must go back to the 1950s to better understand the concept of Afro-futurism. The latter, which is defined, among other things, as a new vision of the future proposed by Africans in the Diaspora, focuses on a more inclusive future, where all minorities have their place. But this current of thought also mixes science fiction, historical fiction, Afrocentrism, realism and non-Western cosmologies in order to build a strong Africa. It is therefore difficult to reduce it to a single definition. Each artist approaches it in the sense that inspires him the most.

Joseph OBANUBI, a follower of this artistic current, has chosen a surrealist angle on questions of identity and fantasy. He thus transmits his ideas on the Africa of tomorrow through visual arts and crafts integrating a multimedia dynamic.

Joseph OBANUBI was born in 1994 in Lagos, where he lives and works today. In 2017, he graduated at the top of his class with a degree in Visual Art from the University of Lagos. A multimedia artist as he defines himself, Obanubi addresses African identity issues in an abstract dimension, which gives pride of place to imagination and fantasy. His works bring together different visual fragments from everyday experiences in digital collages, oscillating between illusion and reality. In a context marked by globalization and the permanent presence of technology, the artist offers through his works, a new vision of Africa … and the world.

Since his graduation, Joseph Obanubi has already showcased his work in various major exhibitions. He was notably present at the AKAA (Also Known as Africa Fair) in Paris in November 2019, as well as at the 1-54 fair in London and the Lagos Photo Festival in October 2019. A few months earlier, he was a finalist for the Contemporary African Photography Prize. His work also won the British Council for Emerging Visual Artist 2019 Award in Nigeria.

The program of the exhibition

Joseph OBANUBI’s exhibition is open from Tuesday 3 to Saturday 28 November at the Espace Jeunes Anne Frank 15 rue Diderot, 91230 Issy-les-Moulineaux. A conference on Afro-futurism is also scheduled for November 17, 2020, from 7 to 8 pm, at the same address. It will be hosted by Sinatou Saka, a Beninese journalist working for Radio France Internationale, and Liz Gomis, a Franco-Senegalese filmmaker and journalist.